This post directly follows our { Hel-LA } travel blog .. where we found ourselves called away from our new baby Nubian goats right in the middle of one of the most important developmental stages of baby goat cuteness... (they were soooo small and squeaky) !!

So if you haven't read that ^ one, you might want to give it a look just for context sake & to understand the odd mix of travel momentum sprinkled with the strong desire to just sit still for a moment.

But if not ... here's how this trip started. My younger brother is a bit of a wanderer (runs in the family) and he'd been talking about going on a long trip across many states during his summer break (he's a math teacher). He'd worked out a deal with our neighbor to rent her mini canned ham trailer, and in the coming weeks, he'd put in a lot of time tinkering with the water tanks, wiring, fretting over the condition of the tires, etc.

And out of the blue, he asked me if I wanted to meet him in Reno (he'd buy the plane ticket in exchange for all the dog watching we do for him) and then we could do a "Bro's trip" back down through Tahoe and all the scenic spots between here and there.

I was skeptical at the last minute proposal but interested .. and later found out that he really just needed somebody along to do the driving 'cause his wife would be flying out of Reno to get back to work, and he thought he'd be fried on driving by then.

Hmmmm .... and after hearing things like, "well .. . keep in mind that I'll have already been on the trip for a month, so I don't want to take too much time getting home." I thought I better bring a partner in crime.

And besides, we don't get to travel that much, so of course I'd be incomplete without her.

"Do you care if juwels comes?" I asked .. since the whole "Bro's Trip" sham had been exposed.

He didn't care, but said he was only buying one ticket, and that was fine by us .. and even though this was all being planned in the somewhat distant future, we were excited to go !!

We're not big on advanced planning, and never really know what we'll be up to, and it just so happens that months later ... we suddenly got the goats, and we didn't want to leave their sweet little faces, ever.

But then we had to leave on a stressful mission to do a  trade show in LA .. and when we finally returned home - dead, broke, and with our car blown up, we were like .. Oh, yeah .. we're supposed to fly to Reno in 3 days .. ha ha ha. 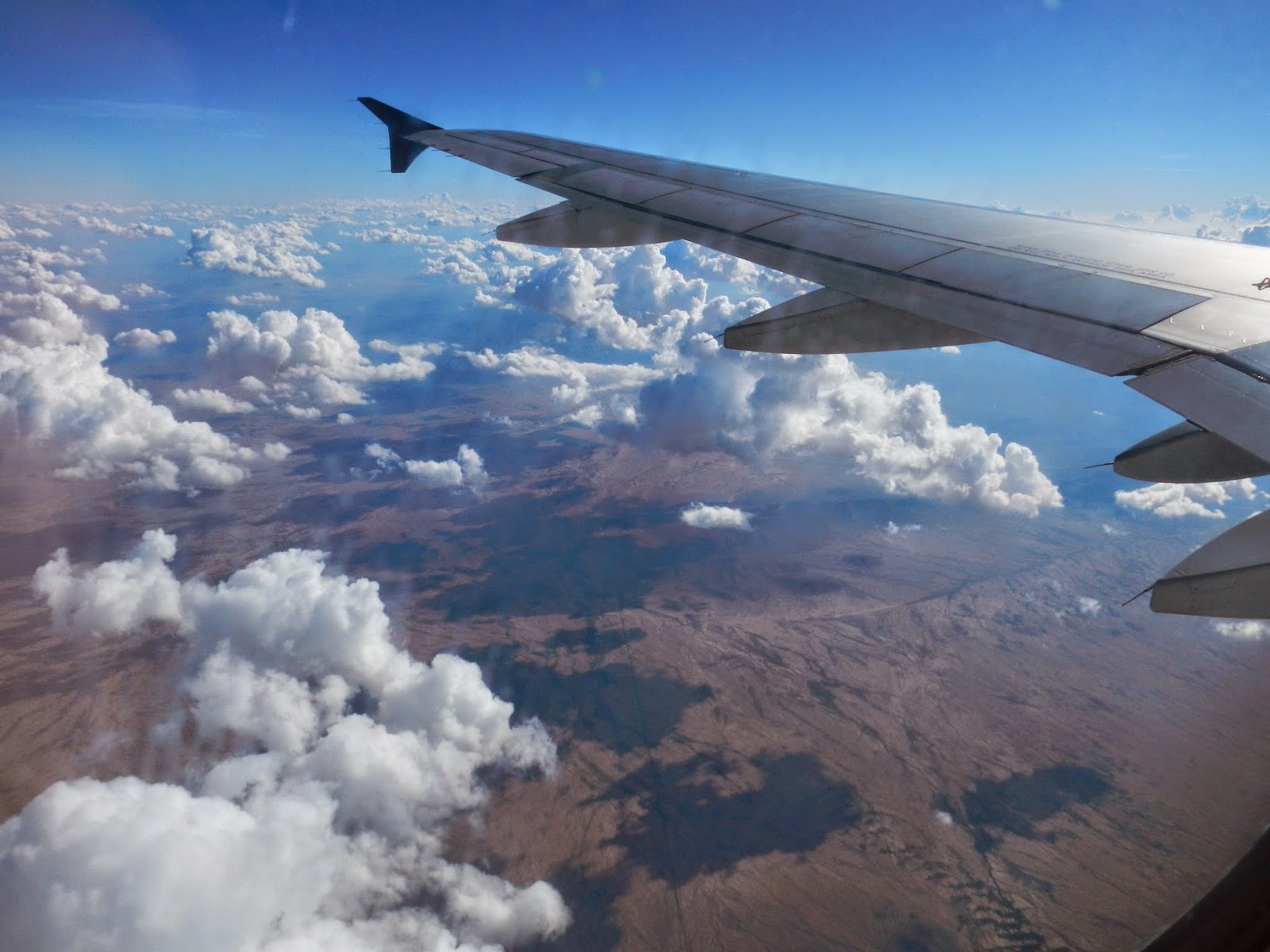 We took a small plane out of Flag to a bigger plane in Phoenix and then off to Reno. We both felt jet lagged from the trip we'd just returned from, and at one point the little old lady in the seat beside me, popped open a luch-able type thing, and proceeded to squeeze cheap mayonnaise and tuna fish onto a plastic plate, mash it with a fork and spread it on ritz crackers ...

I turned off all the overhead vents, including hers, to try and keep the fishy smell confined to the container on her lap, and for some reason she kept the empty cartons and packets even after the attendant had come by to pickup trash.

Oh, and something I forgot to mention, the trip had gone from a bro's trip, to a third wheel trip .. to an arrangement where Paul would just take the easy route and fly home with his wife, and hand the keys over to us at the airport. This would give us more time and freedom to drift, but now we'd be paying the gas (keep in mind we had $400 to our name until we got home to fill the few show orders) and we just wanted to unwind and be home anyway .. 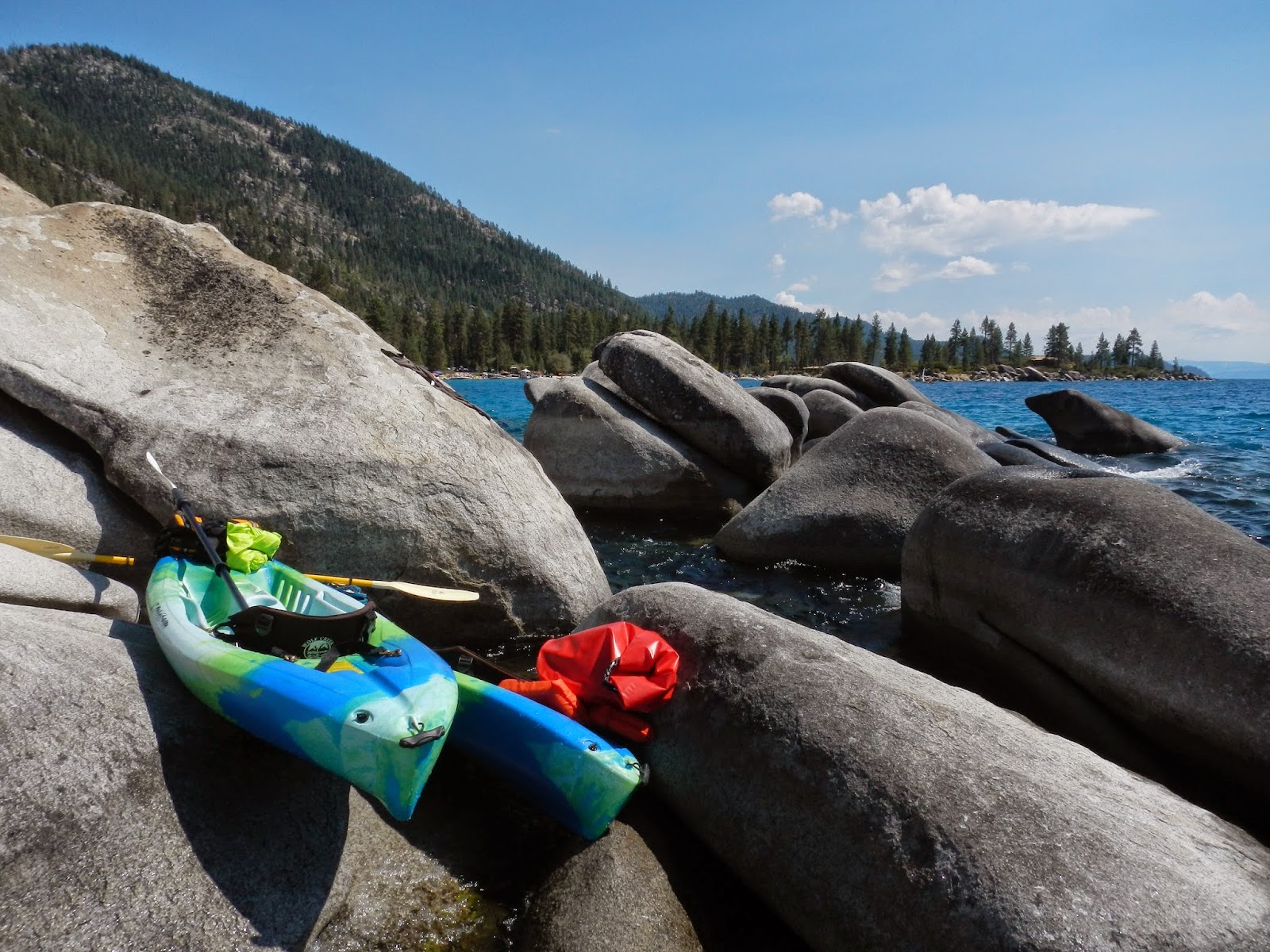 Arriving at the Reno airport, we just barely caught Paul and June Bug before they boarded and flew away. To pass the time, and get our minds off the turbulence and tuna fumes, juwels and I had written a last will and testament on the back of a barf bag ... listing the winnie, goats, furniture, glass vile of wisdom teeth, etc, etc ..

I showed it to Paul (he was on there for a juicer) and when he handed it back, he had spit and pinched his gum in the bottom of the bag. Juwels was Not happy about this. He was stressed, and on top of all the complaining he'd been doing about the Terrible gas mileage he's been getting due to the heavy trailer, he looked at me out of the corner of his eyes and said, "Take it easy on that car man ... I'm starting to get really worried about it. That trailer's too heavy, and I'm about to ruin a 25 thousand dollar car ... it's making some strange smells.."

Their car is nice and new, and that was the one thing that I was looking forward to - we could ride easy and at least we'll know we're not going to break down, we can just cruise around and enjoy the scenery .. ha ha ha. 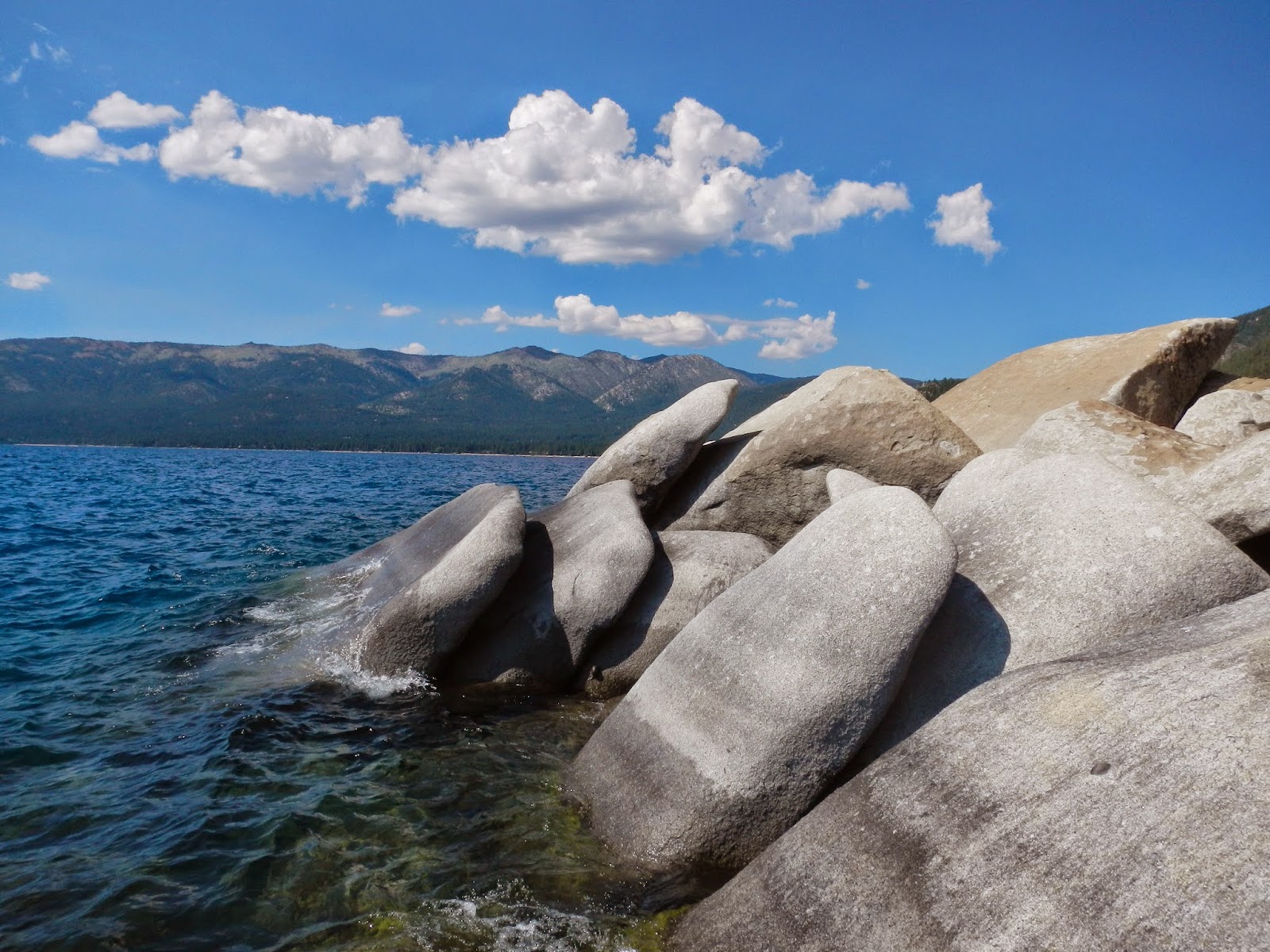 One stroke of grace was that we'd connected with some friends of ours in Tahoe, (they're actually parents of a friend of ours who have such spark they tend to make juwels and I feel old .. ha ha ha. ) And although they live out of state, we got a hold of Jamie and found that they just so happened to be in town. We were invited to come and stay at their cabin, so we parked the car, which had a smell like burning electrical, and the trailer in their cul-de-sack, and found ourselves wined and dined in the light of our own beeswax : )

She had her table set for 13 guests .. and somehow found room for us : ) She's one of those superwomen who can place-set a banquet, hunt, clean and prepare the main course, grow the salad and the flowers, back a 30 foot boat down the dock, wake board at speed, and do it all without breaking a nail. We were in good hands, and we slept that night on their balcony under the stars and had breakfast with them and speed-boated the lake in the early morning : ) 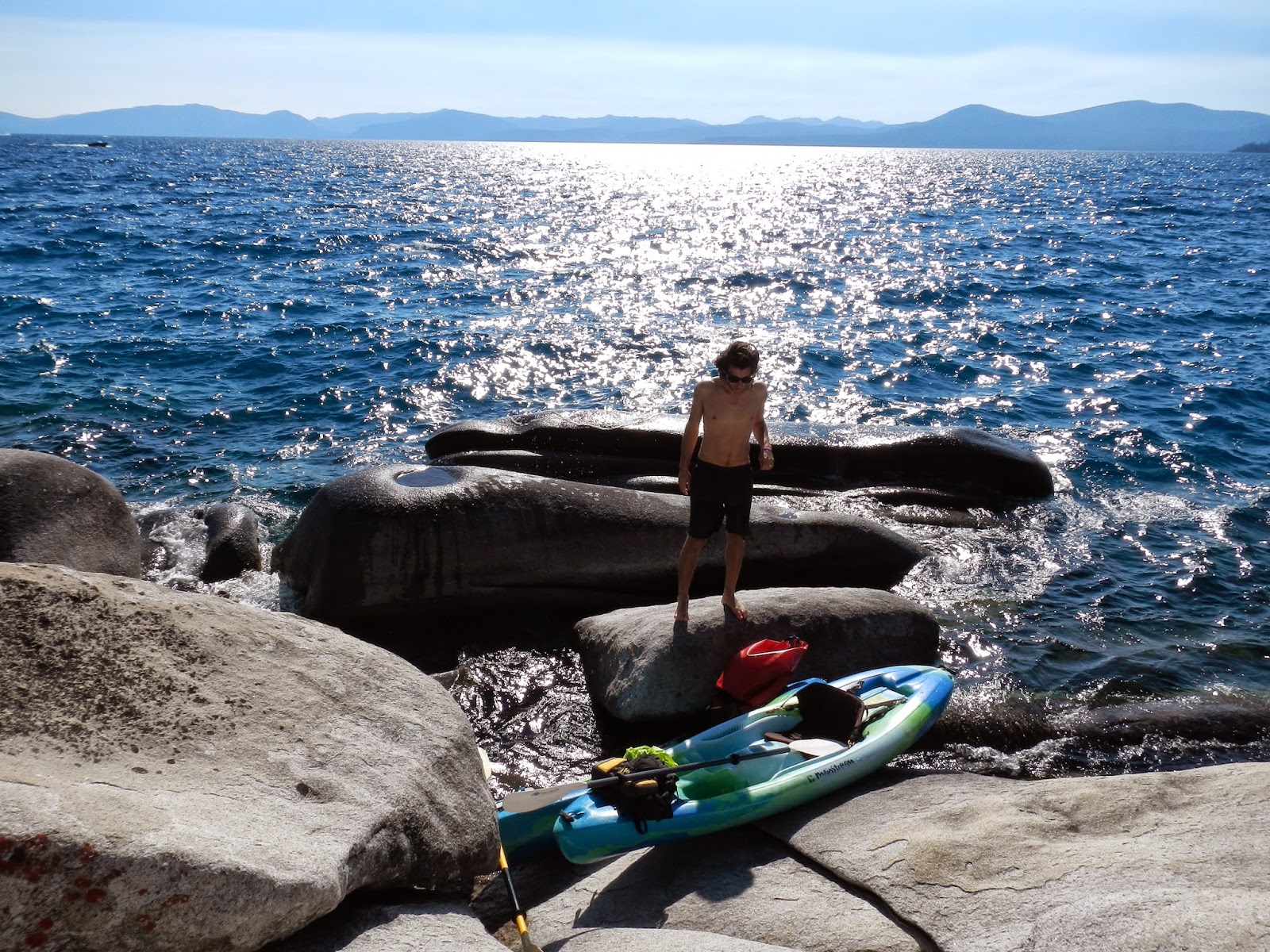 After the speed boat was put away, everyone kind of split up, and they offered us a couple of kayaks they had below the house, and off we went. The lake was beautiful, and I wanted to drink it all up. We paddled forever, beached on a rock island, ate snacks and dove like seals. 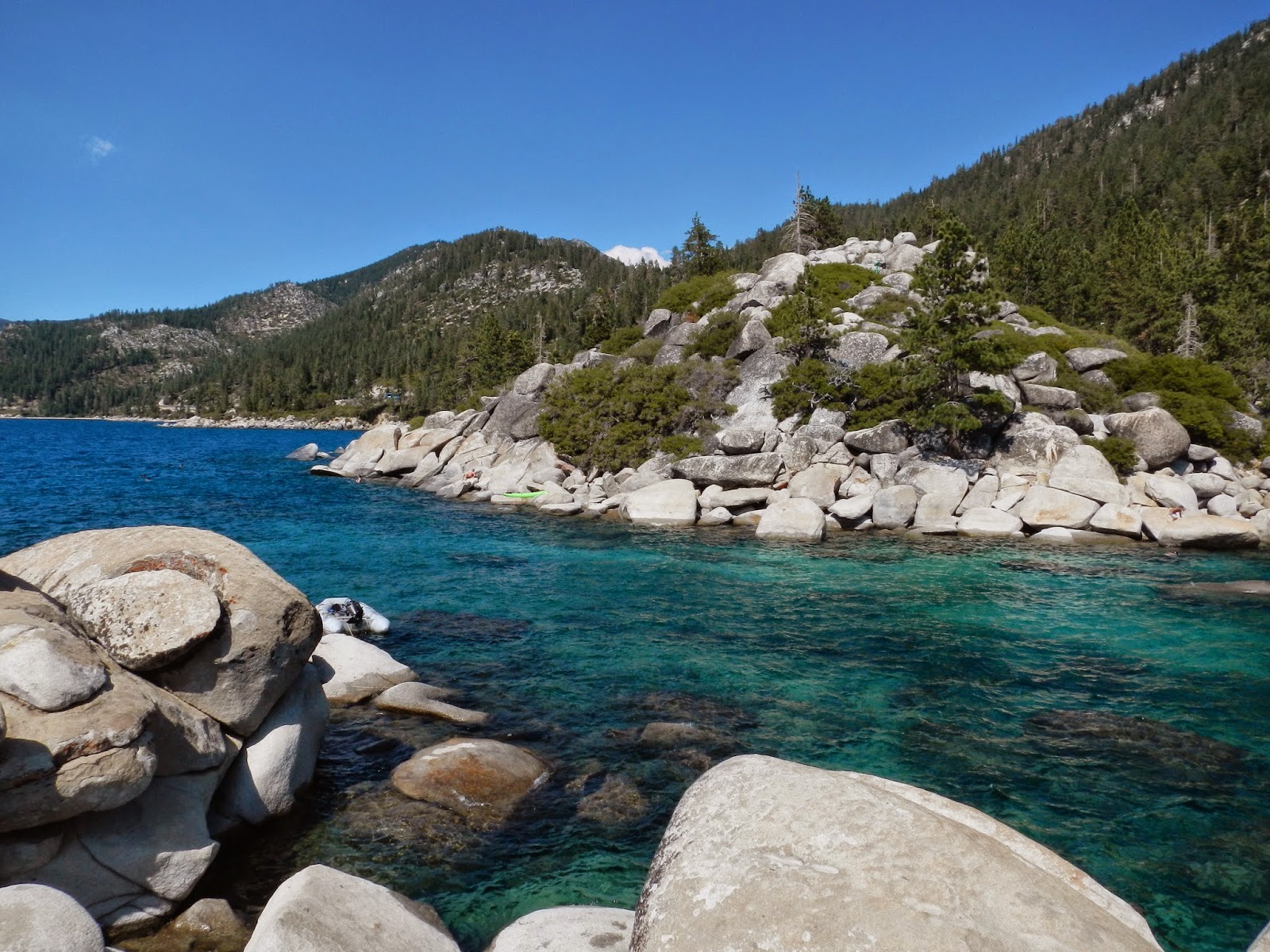 I had been to Tahoe once before with a friend just before driving to Burning Man, and I remembered a beach cove with beautiful water, rock perches, and it was one of those funky clothing-optional places. We thought about making it all the way there, but in the wind and the increasingly choppy waters, we turned back and found a beach closer to home. 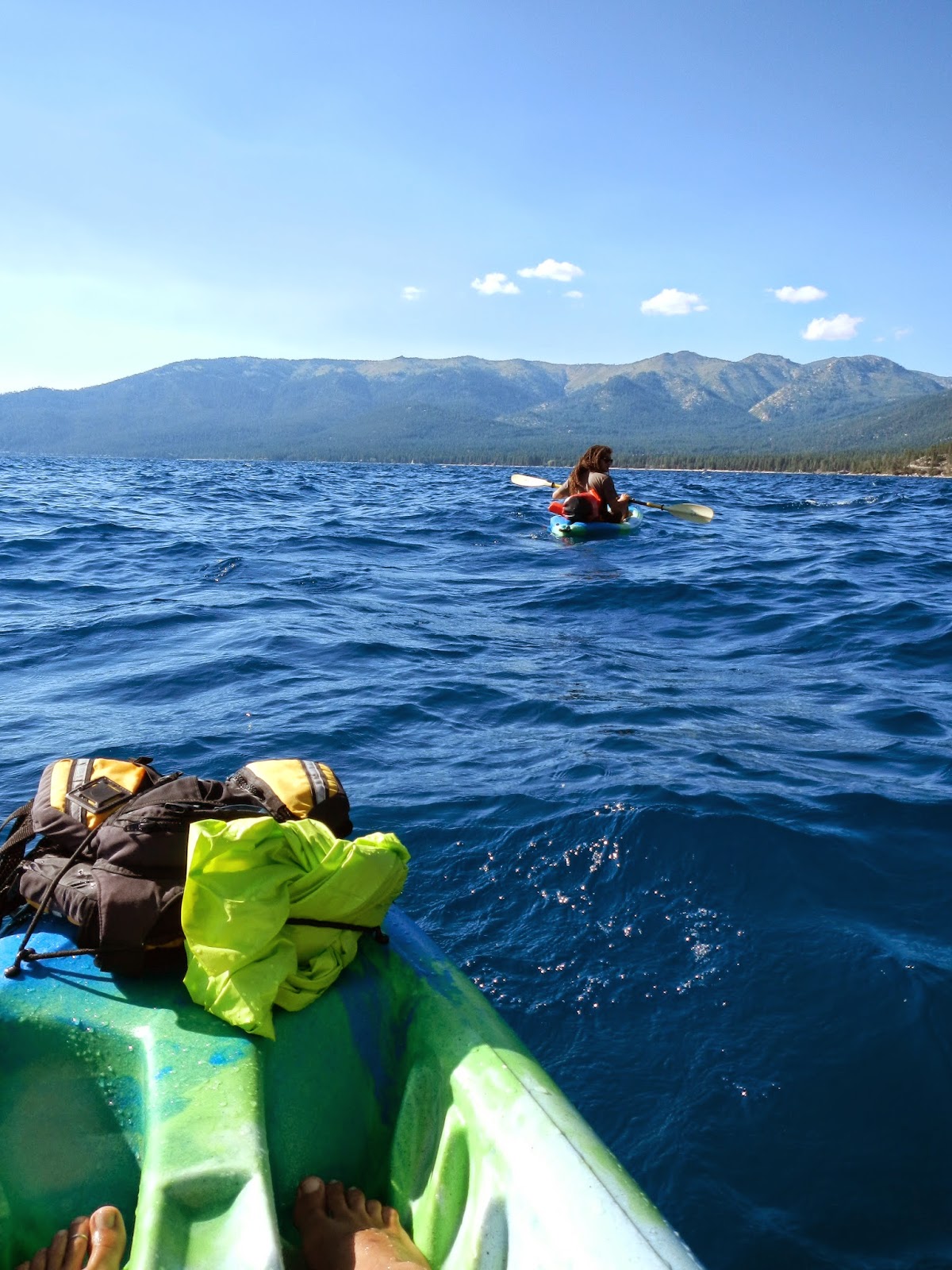 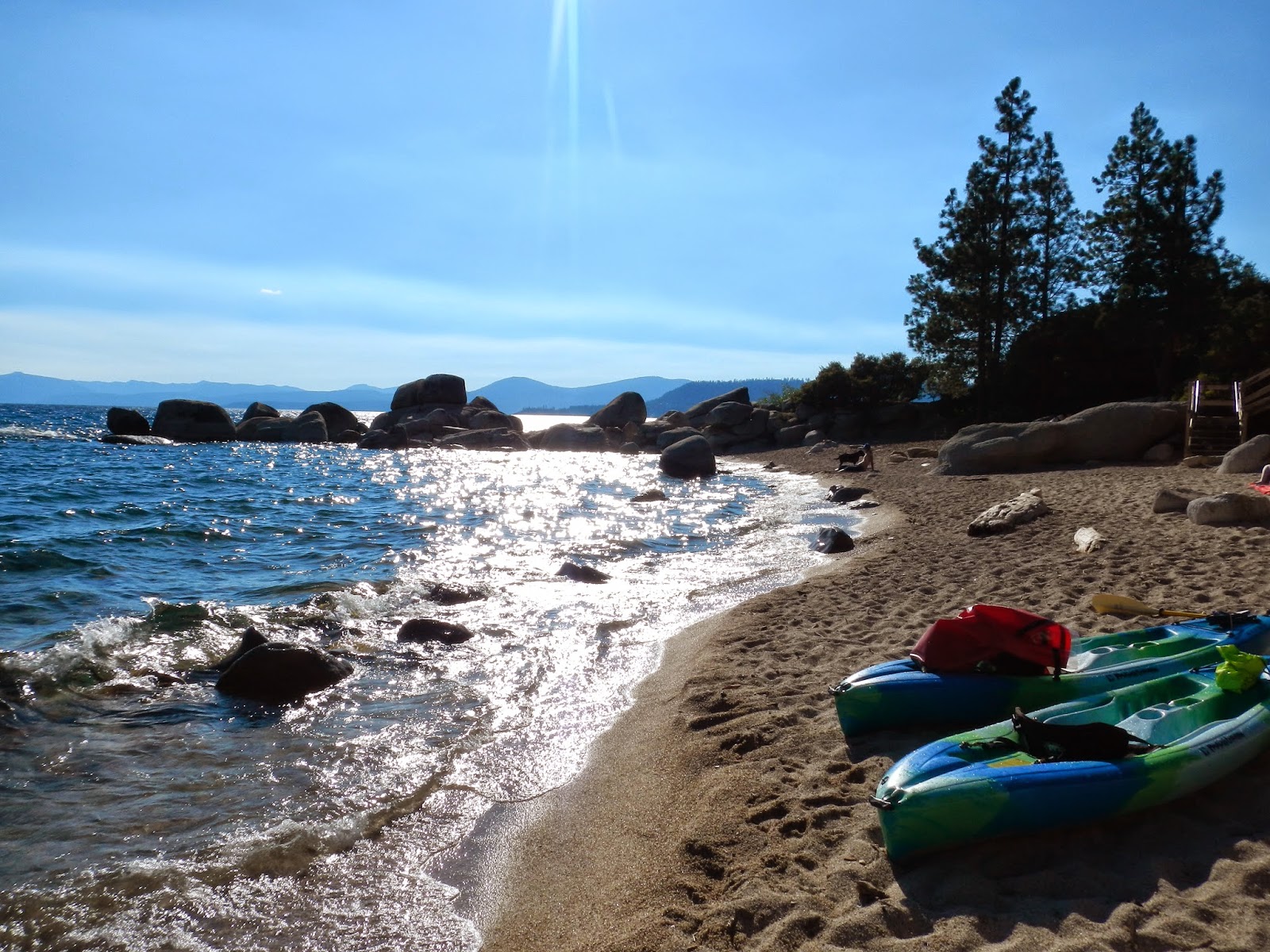 We beached here, and I hid from the sun while juwels swam & exfoliated with tumbled shells & pebbles  : ) 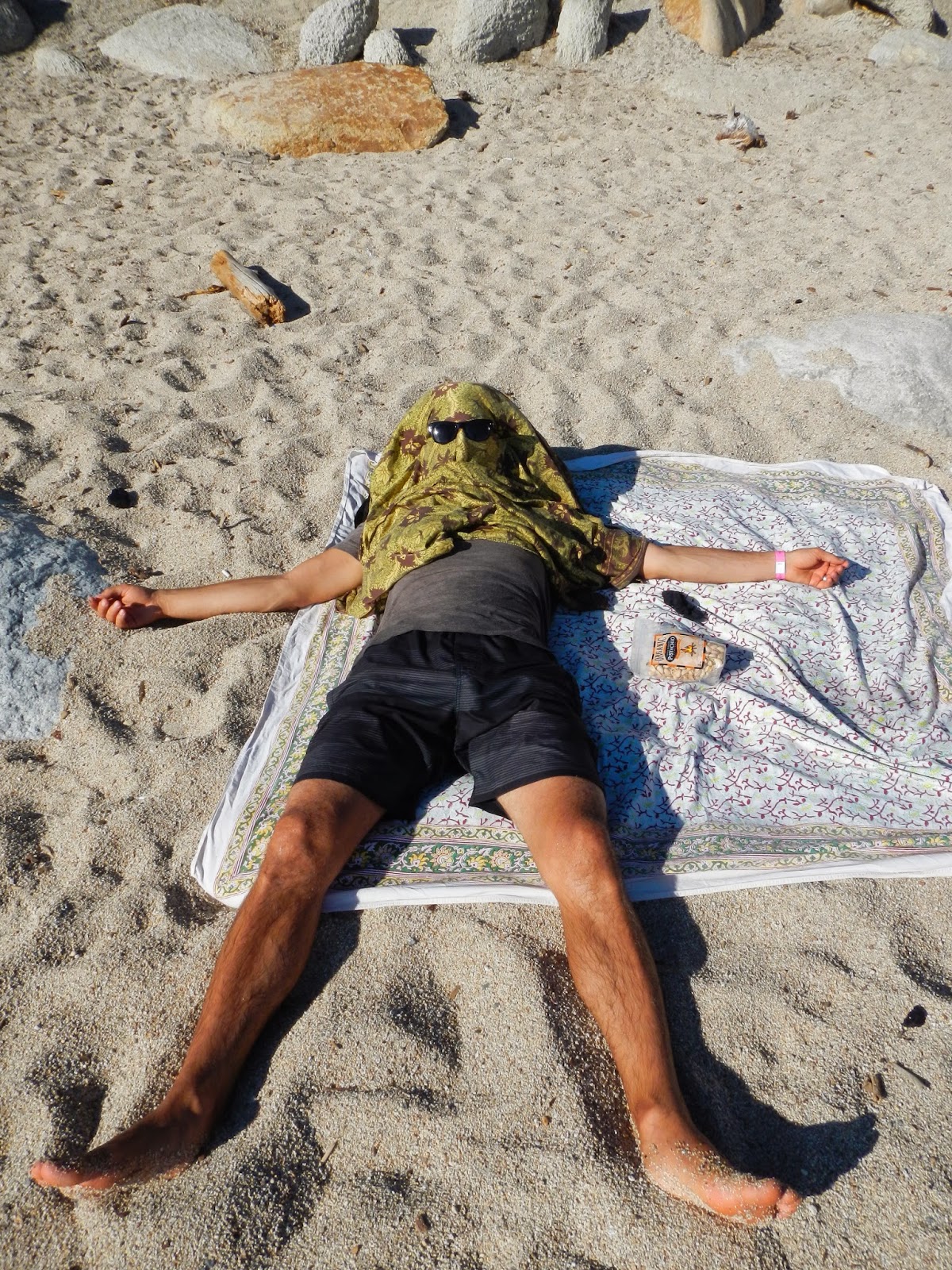 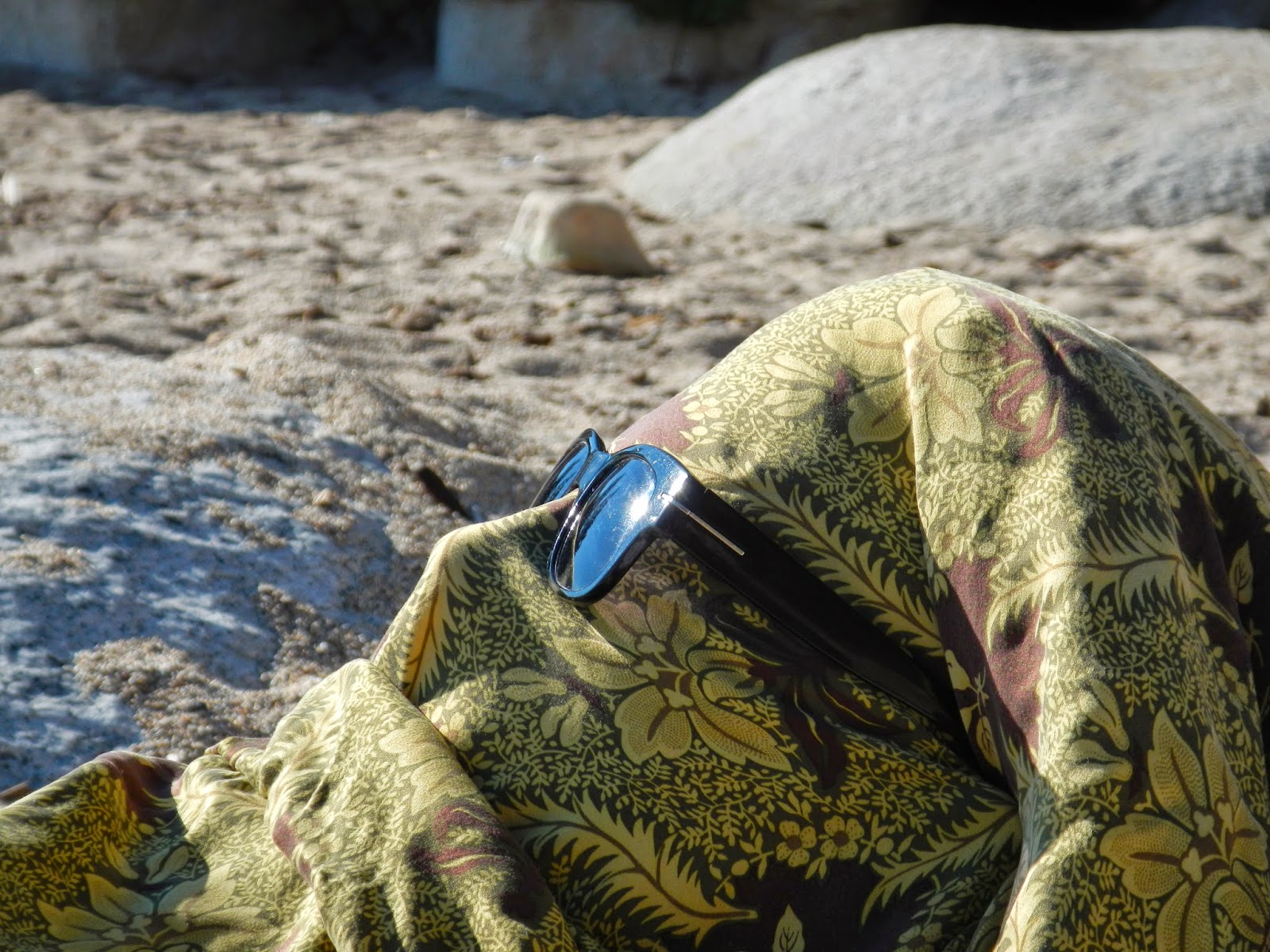 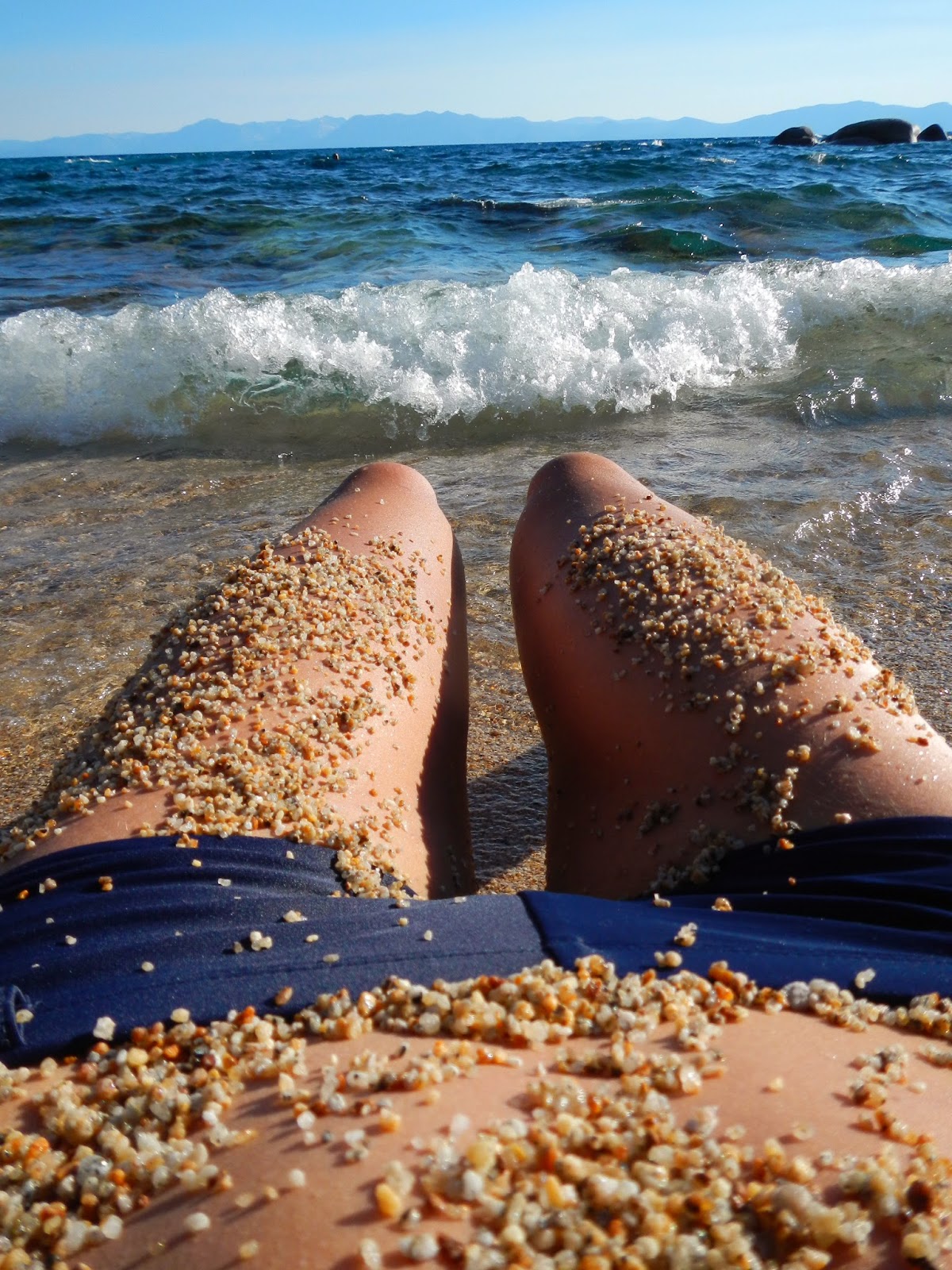 The night was beautiful, and we arrived back at the cabin after they'd finished dinner, but we scraped and chiseled the delicious grizzly sheet of cooked rice from the wide pan of Jamie's Paella, and it was just what we needed.

We heard about a spot up the mountain where a sand trap existed in a clearing with an open view of the lake. Our hosts sent us off with a can of bear attack spray (the husband said we wouldn't need it .. but then again, all the neighborhood trash cans were locked up in steal boxes with bear claws stamped on them.. ) and off we went. 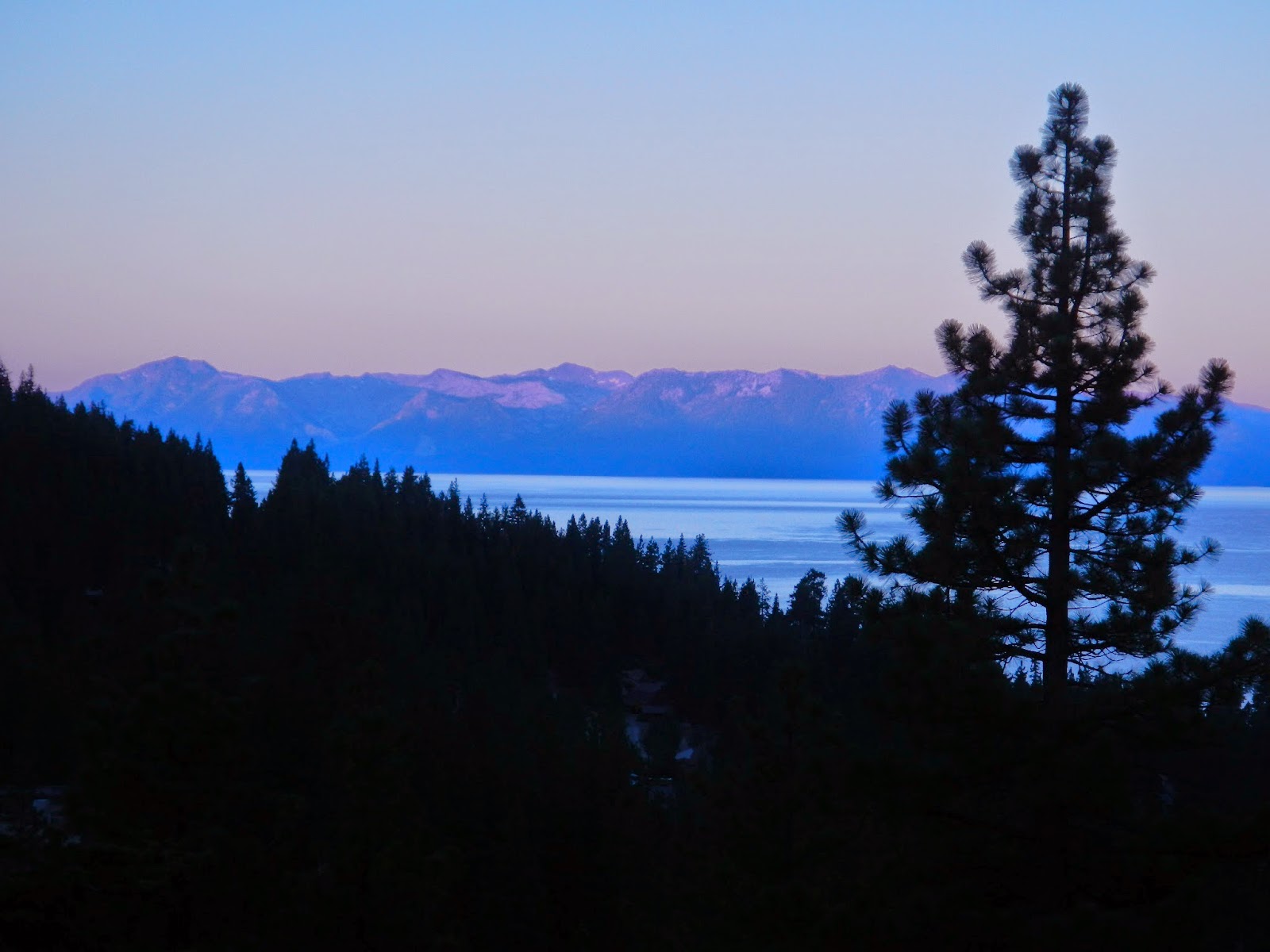 It was a nice night, and we didn't stay up long with our batteries running low from the travel, sun and paddling the lake all day. I woke up early, and prodded juwels to get up .. get up !! 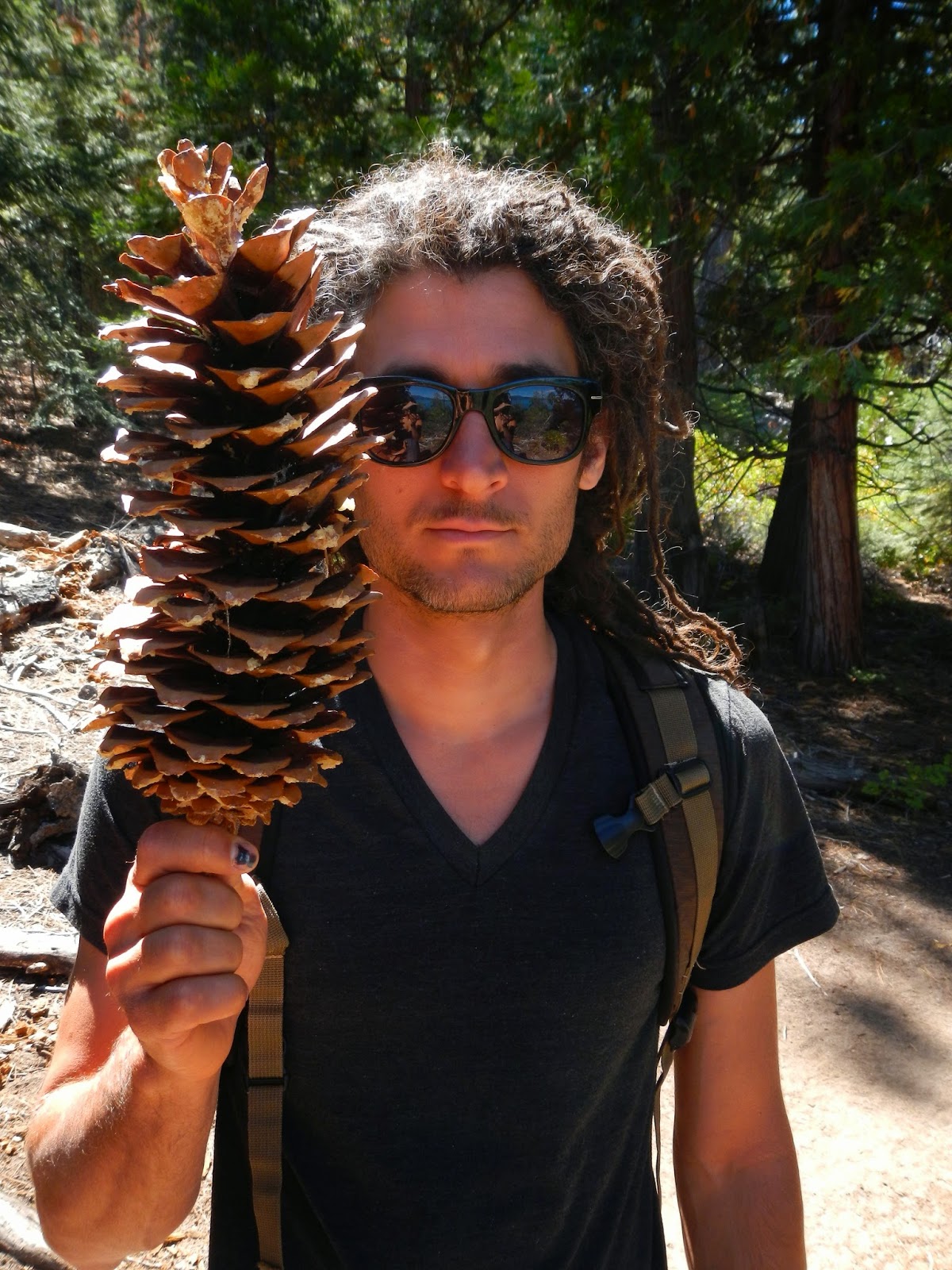 We finally made it to the Secret Cove, and quickly acquired matching full-body sunburns : ) It was so amazingly beautiful and refreshing, and we didn't to leave !!

It's a nude beach, but not everybody goes in their birthday suits ... There were random foreign families setup with kids cliff jumping, gay couples, straight couples, old men .. and everybody just enjoyed this eden with no shame and plenty of sunshine : ) 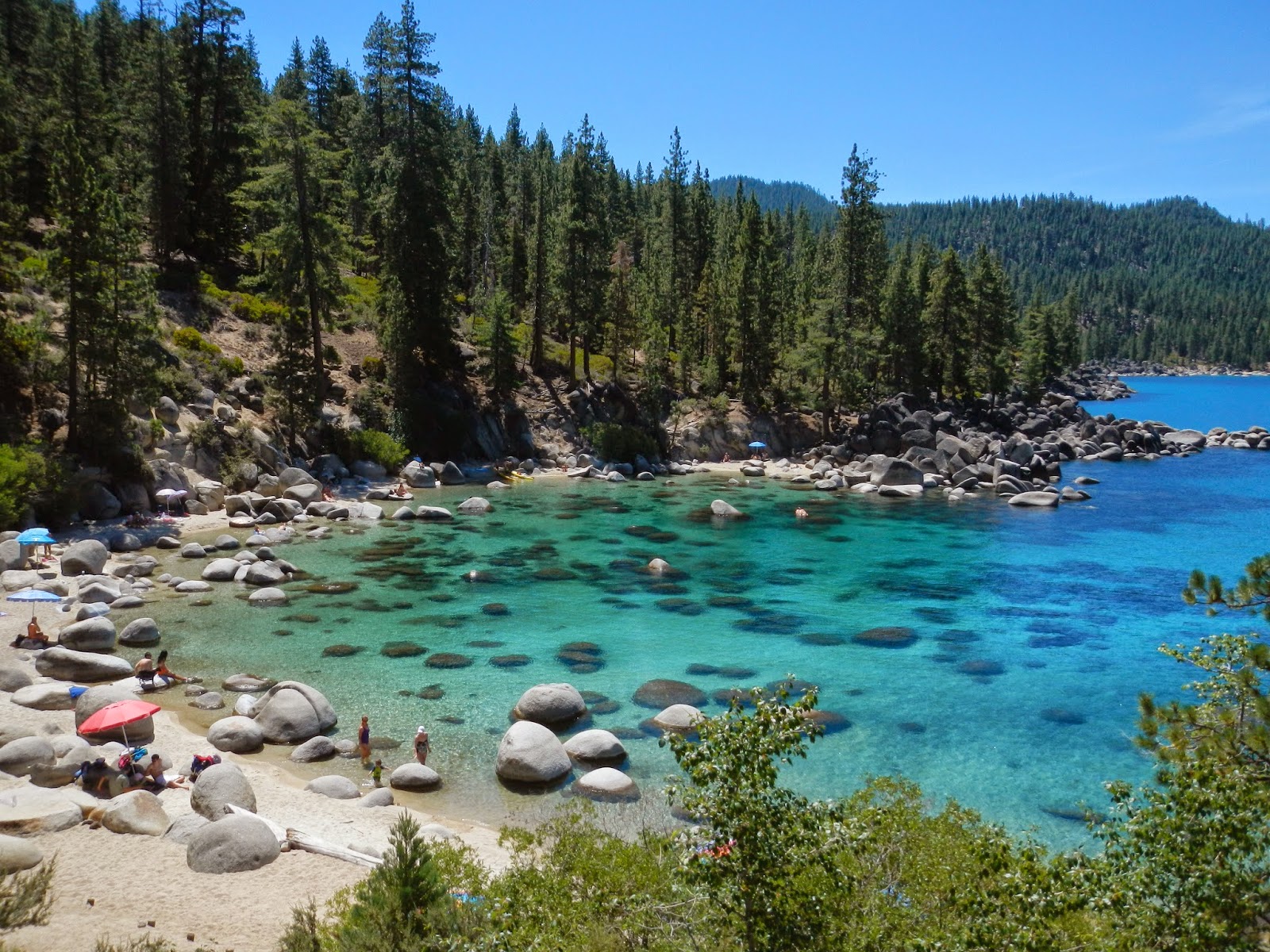 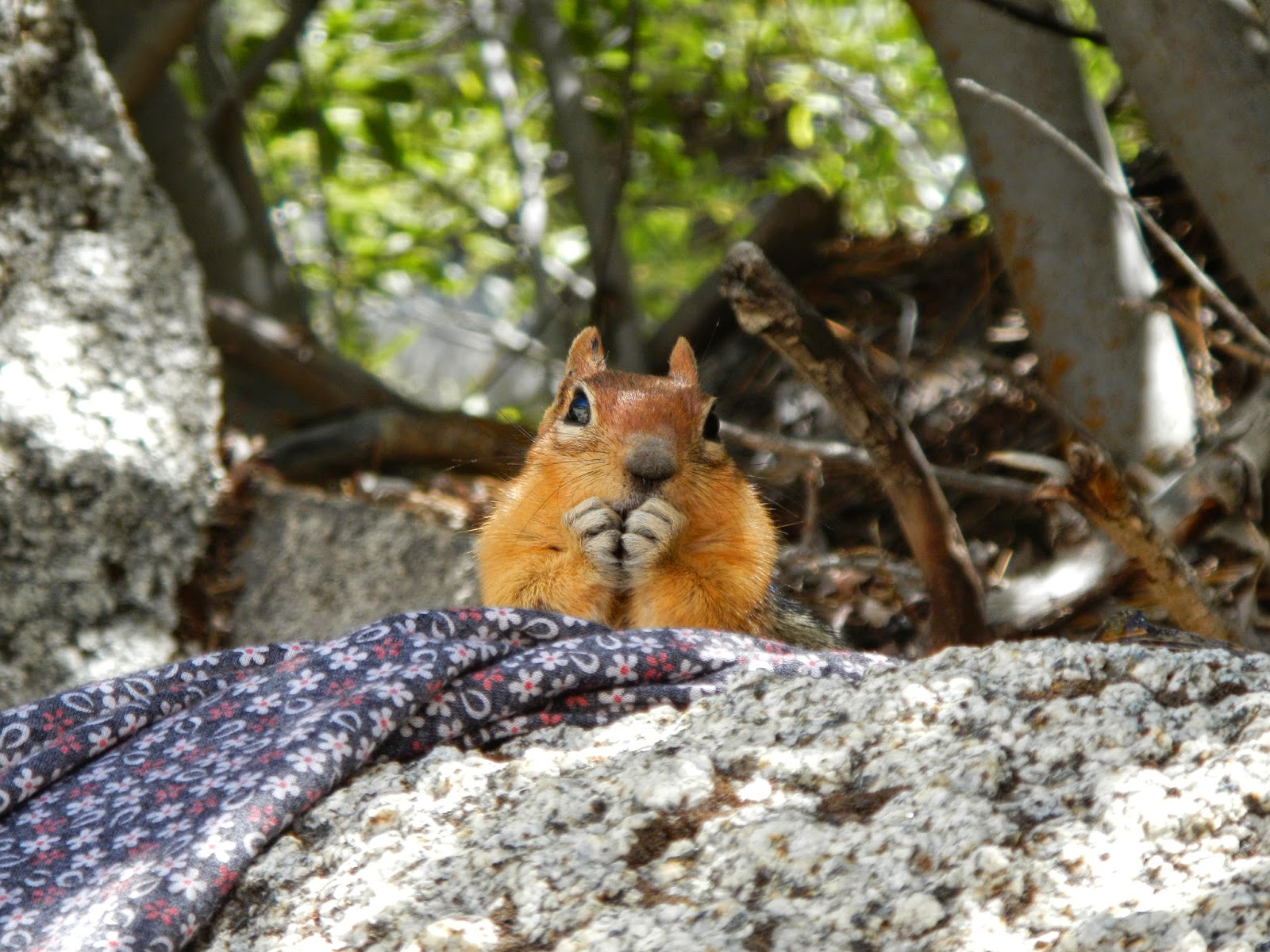 You know we had snacks .. and this little guy knew it as well. We thought he was so cute, and just had to feed him a couple blue corn chips. How could you say no to that little sweet face !! But we caught him rummaging around in our bag after we'd been out on a long swim, and it seemed that he'd been in the bag of chips ...

We were hungry, too, and figured that he was a clean wild thing, and didn't fret over eating the rest of the chips even though his little paws had been there ... this wasn't a great decision. You see, we'd kind of come off the main path in our search for the spot, and on the way out to the car we took the path .. and noticed a signboard that we'd missed in our back country mission that morning.

And on that signboard, just at the end of the day when we were both sun dazed, and juwels was super sore from wake boarding the day before, we looked up to see a sign with a cute little chipmunk on it .. just like the one we'd shared the bag of chips with down at the lake.

And just above the cute picture were the words, in CAPs .. "WARNING .. PLAUGE"

We spent that night hiding out in the cluttered trailer on a slanted street in the neighborhood. We'd hit a supermarket in town and bought a few things to make by the light of a candle, but juwels was now nauseous with how achy her muscles were from being  the pulled around the lake by the boat (it had been a Long time since she'd been wake boarding). And not being ambitious enough to cook for myself, I just laid awake in bed picturing that little chipmunk's face ... and even called a friend that night to quietly complain about it as juwels slept. 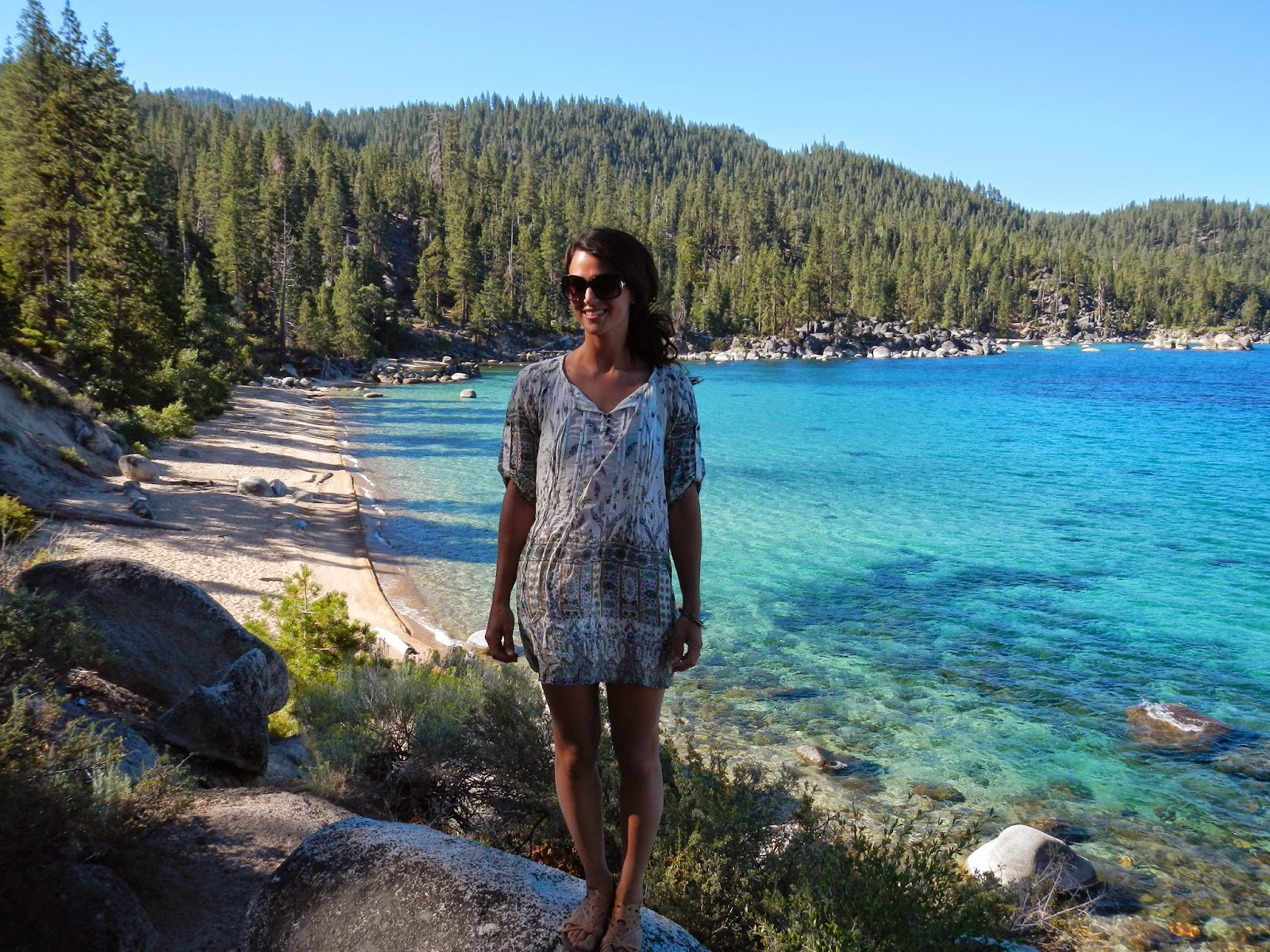 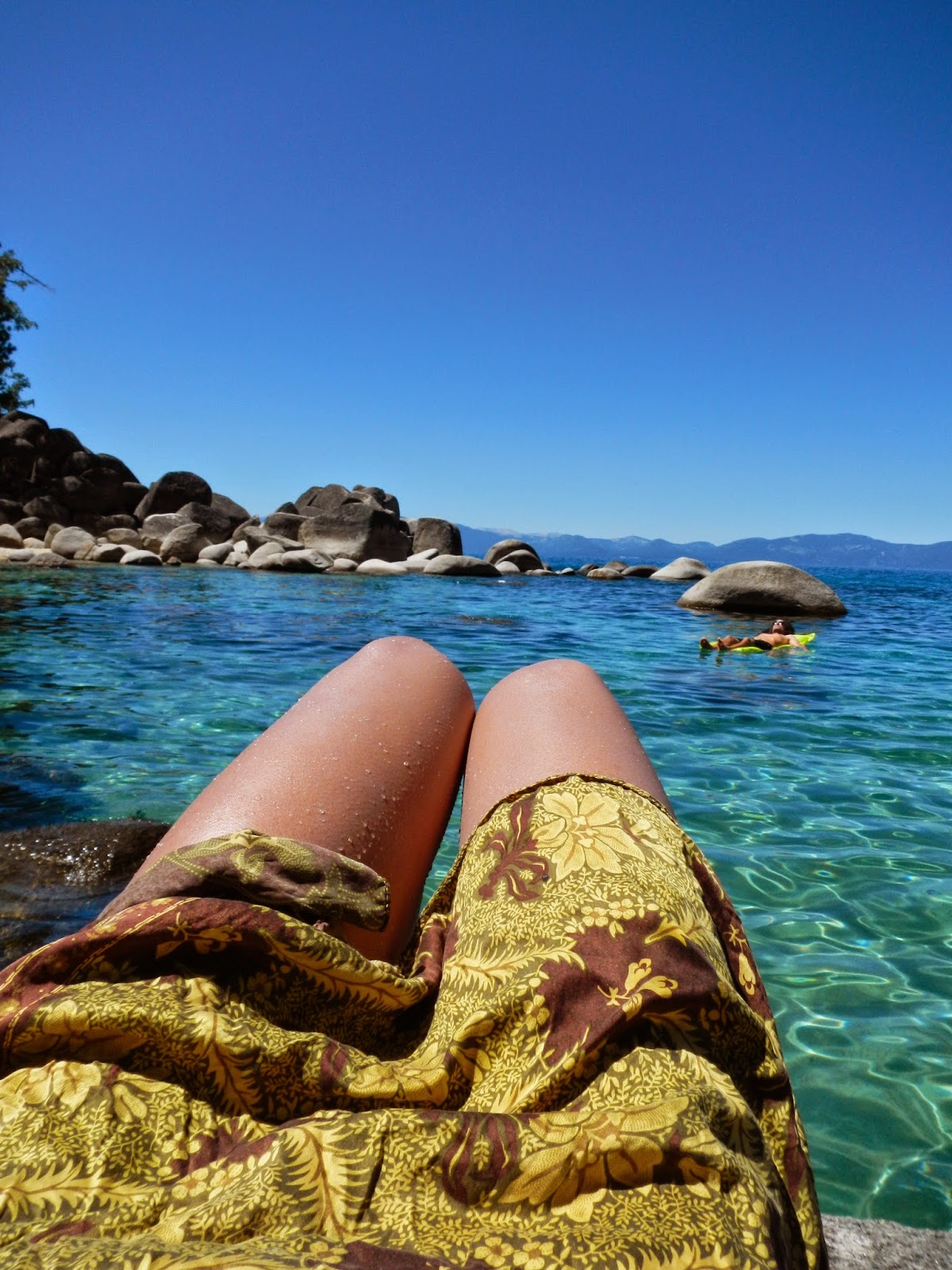 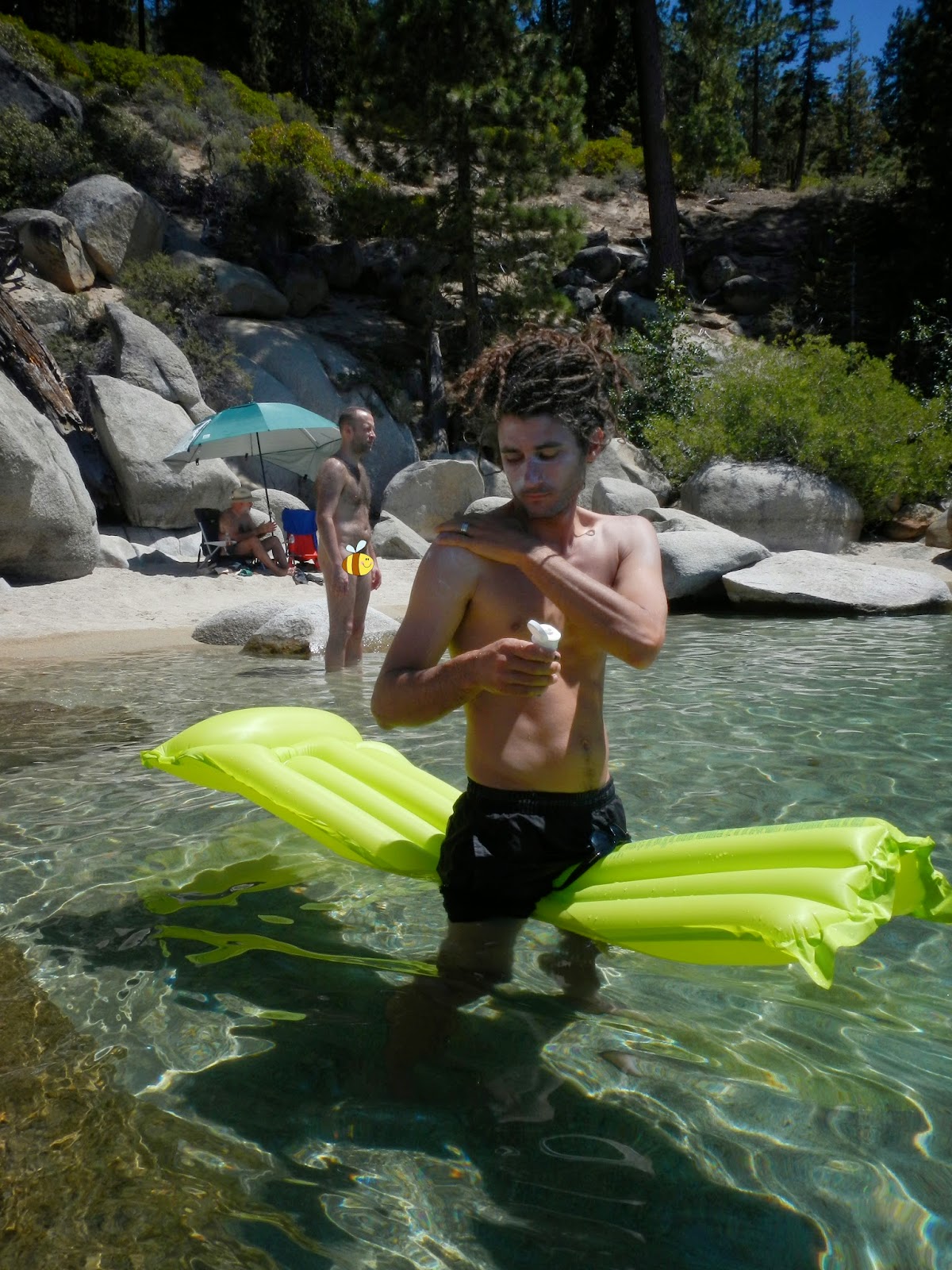 That day was great though - and we came back the next day .. and it may have more if we didn't realize that we had to stay out of the sun after that first bare-bunz baking we'd had. So after that second day, we'd be headed off with the ball and chain, trailer, in-tow.

A young naked man, who'd walked up to our blanket asking for a lighter, had given us the names of a couple of hot springs we'd pass amidst the long road home, and we filled the tank up for the first time (of many-many .. ) and close to sunset, buzzed off into the unknown : ) 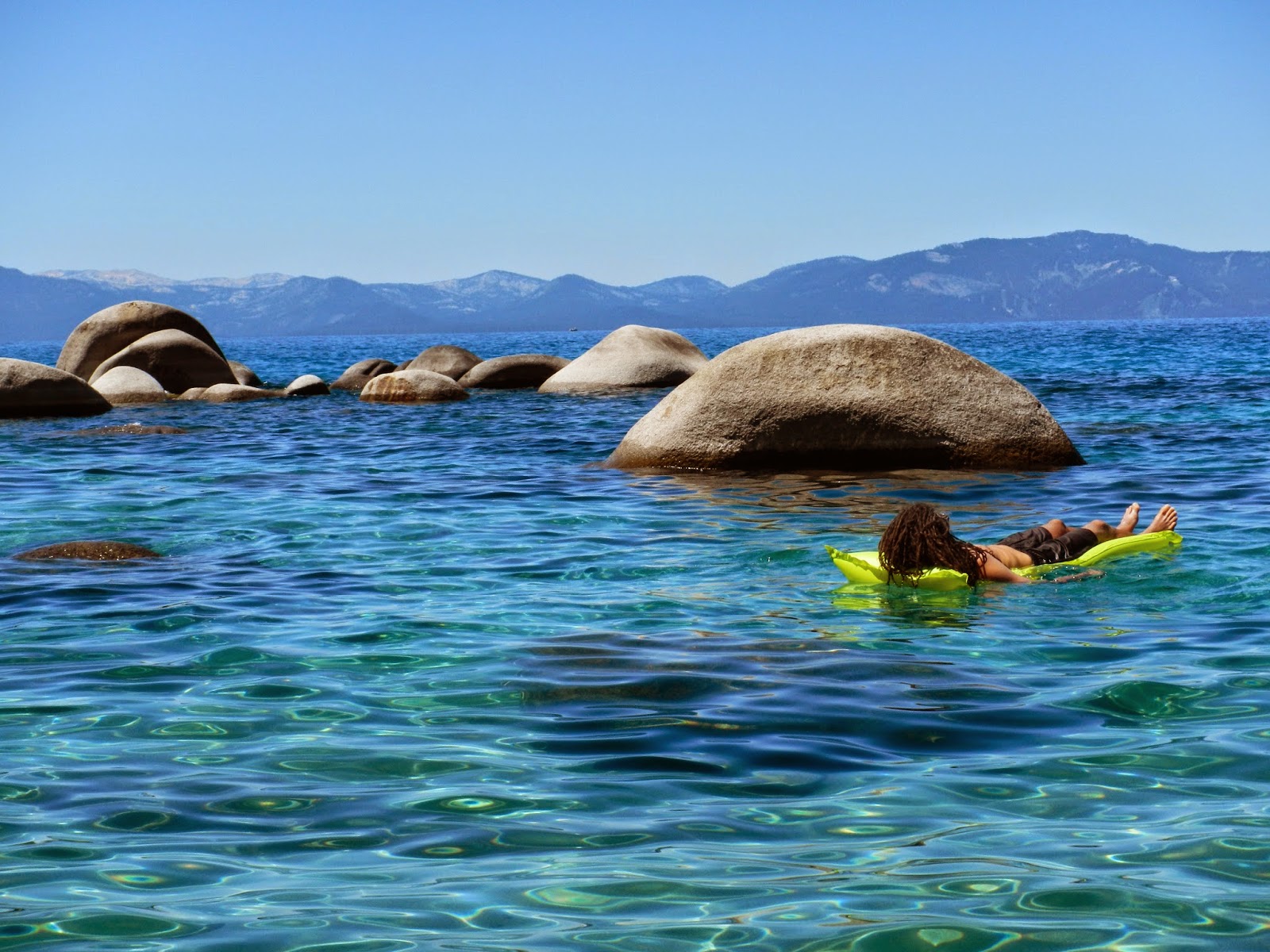 I'd need more of this farther down the road, when all hell looked like it might break lose, but ... that's why we save these sojourns in our mind's eye .. to create a happy place accessible 24-7, even while sweating in the middle of the desert. 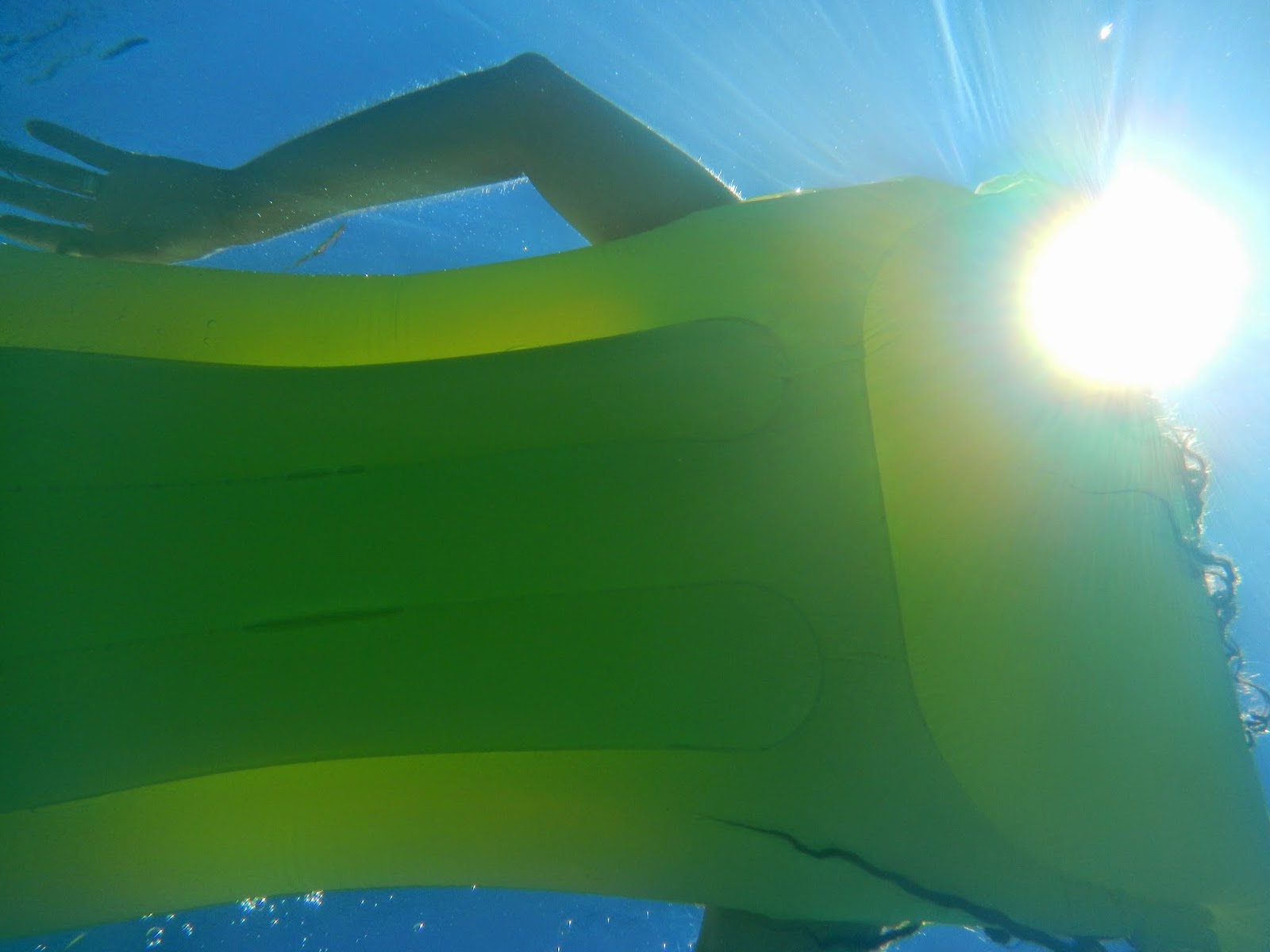 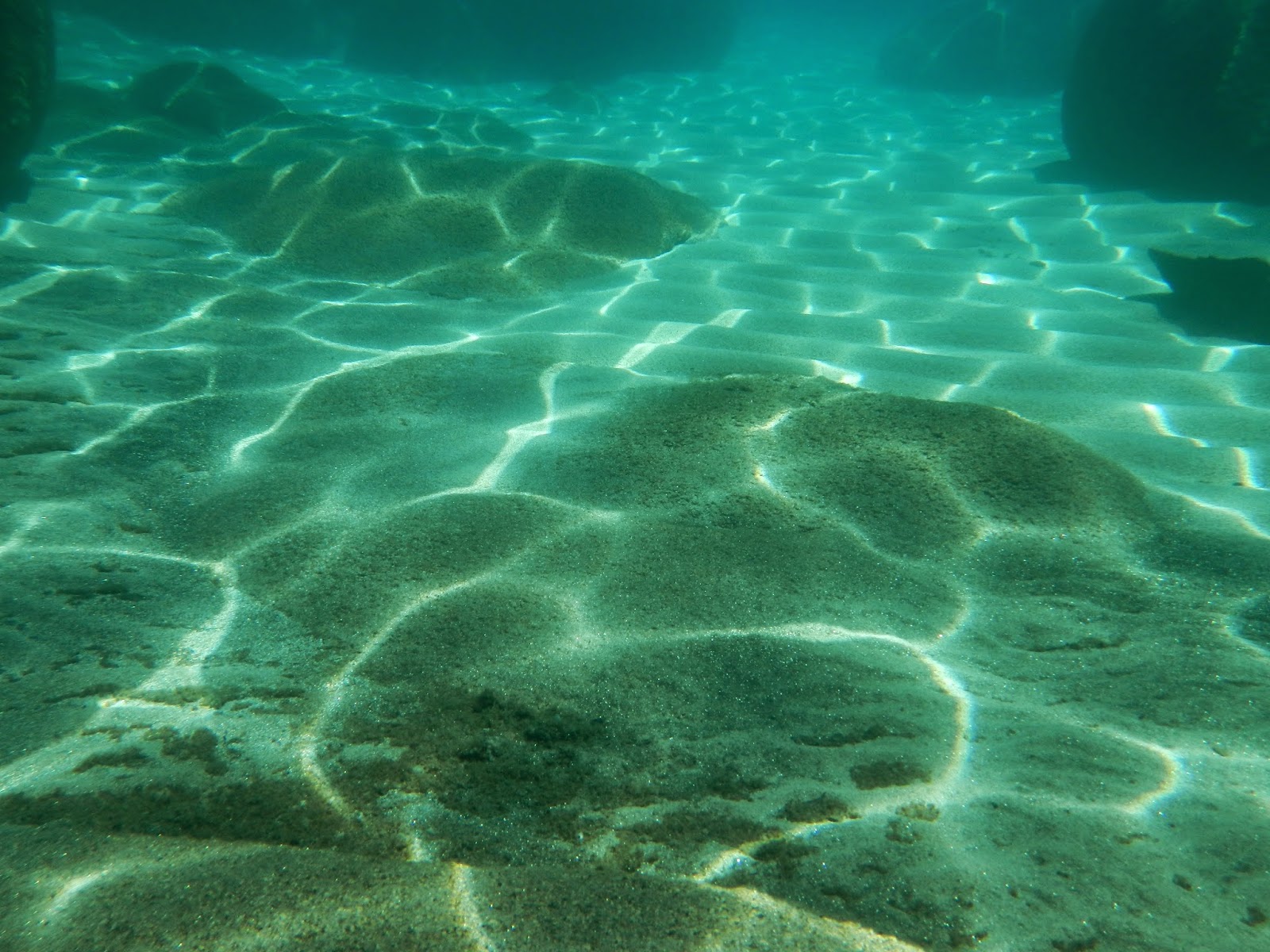 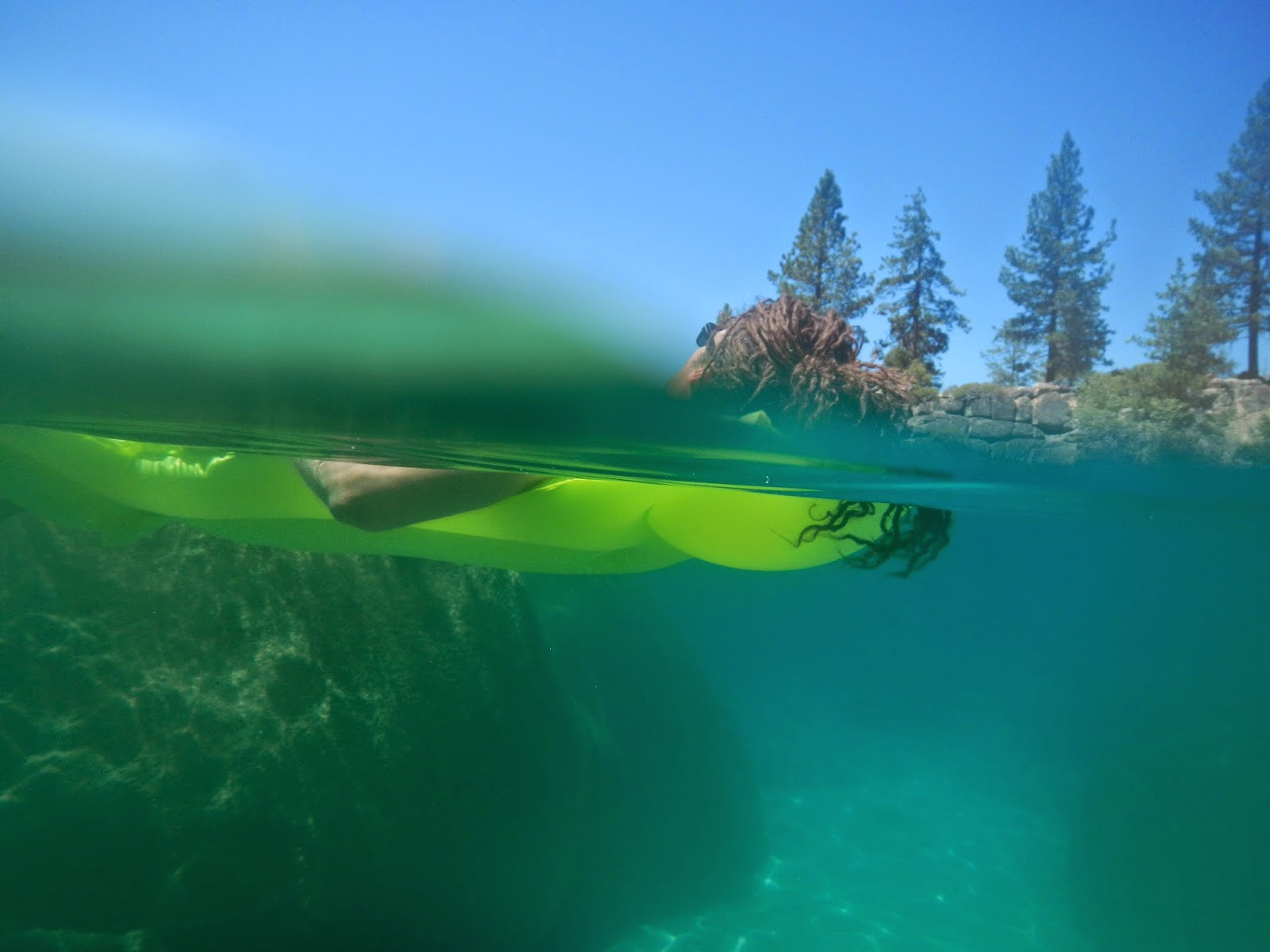 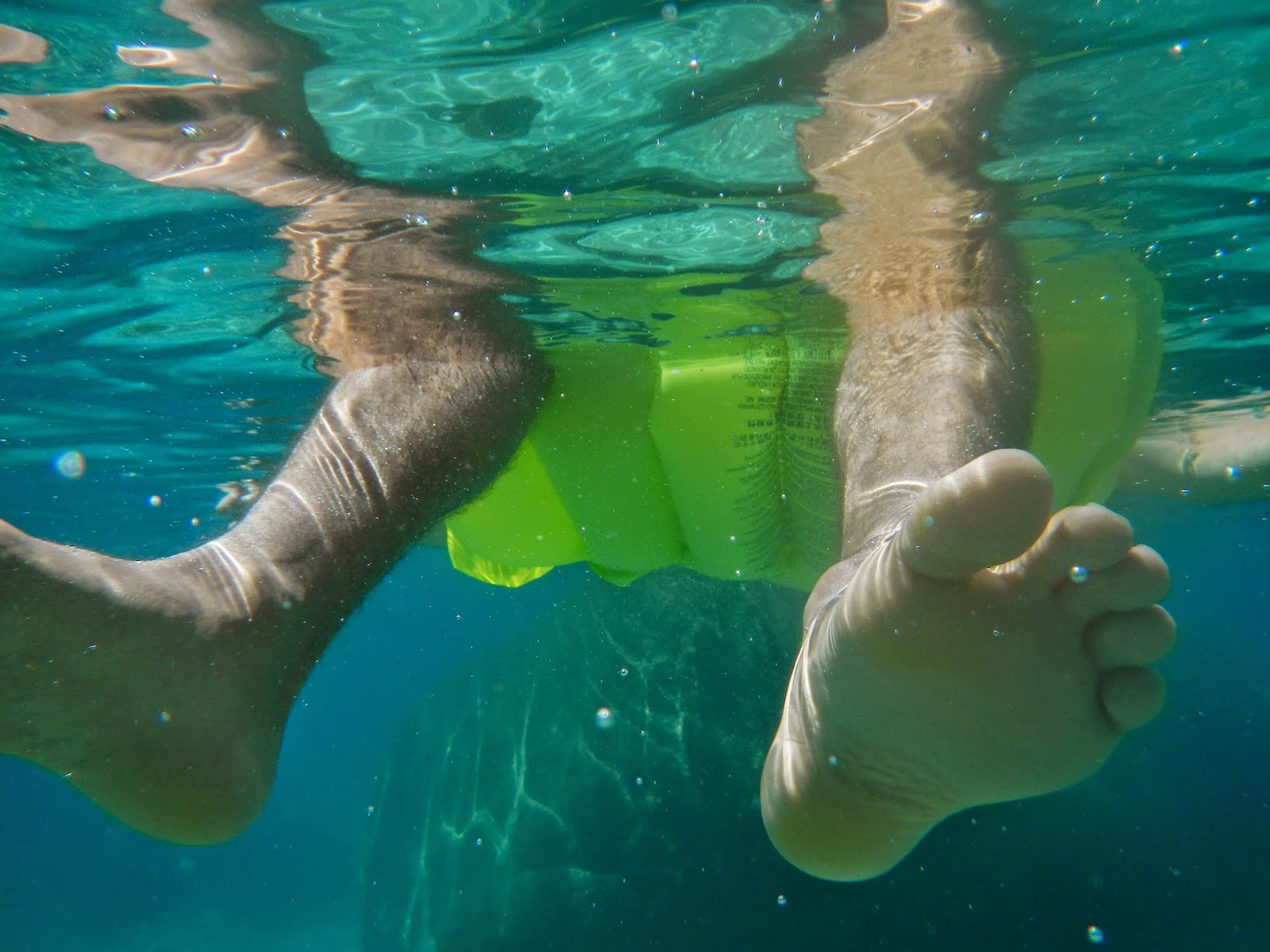 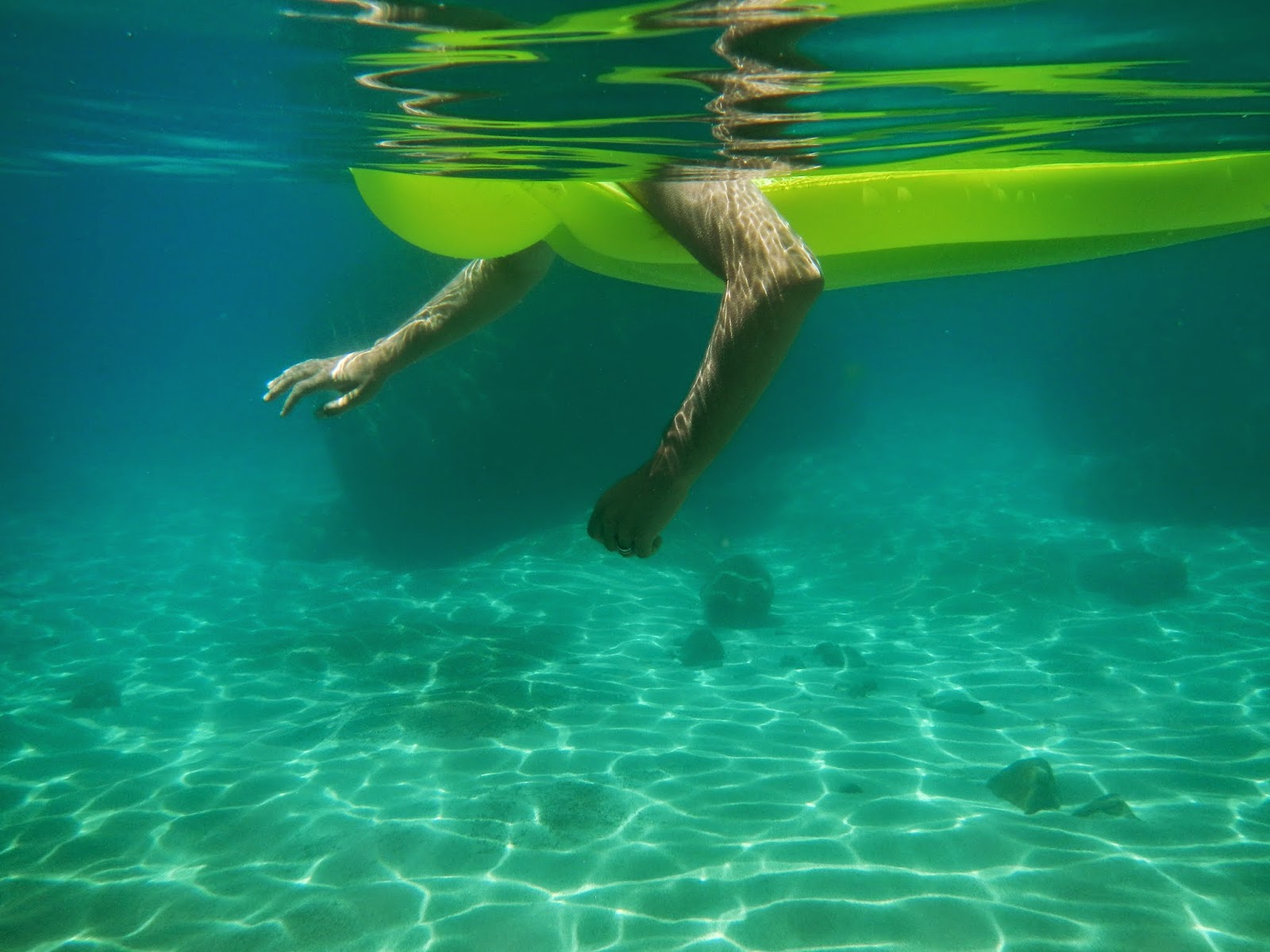 More pics and stories to come from the 2nd leg of the trip, but farewell for now ...