Hunt for the Golden Egg 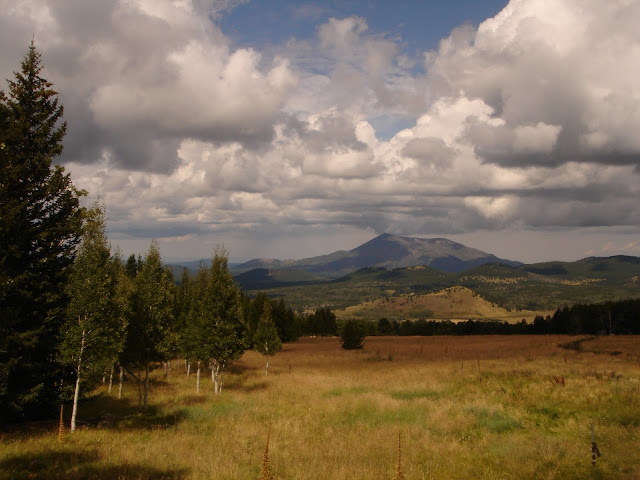 Over the river and through the woods ... ah mushroom hunting we go!! 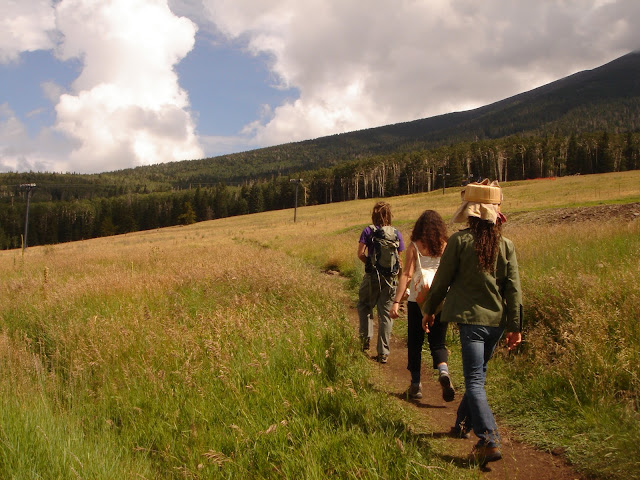 Now I've never been a big lover of mushrooms - spongey, spunky, little things that they are, but I must admit, the way Juwels cooks them up with an orchestra of texture and spice .. who can resist : ) 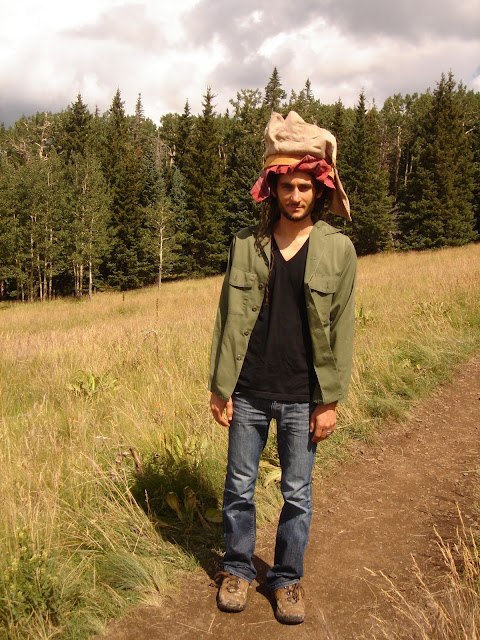 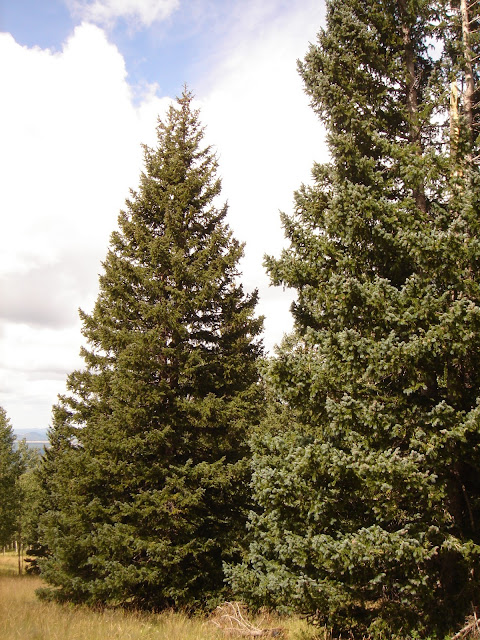 We paper, rock, scissored to see who'd have to carry the baskets up the mountain - I lost ... so, I made hats of them until we started plucking. 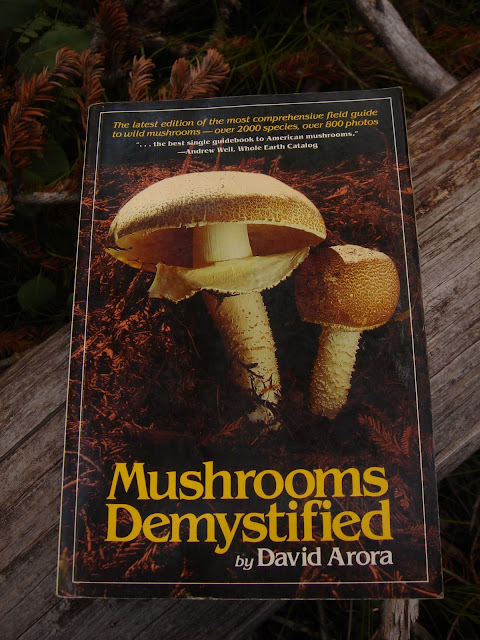 Seeing as though none of us are Mycologists, or woodland creatures with stomachs adapted to eating poisonous fungus, we brought along a good edible mushroom guide book. It was a strange yet beautiful place to study : ) 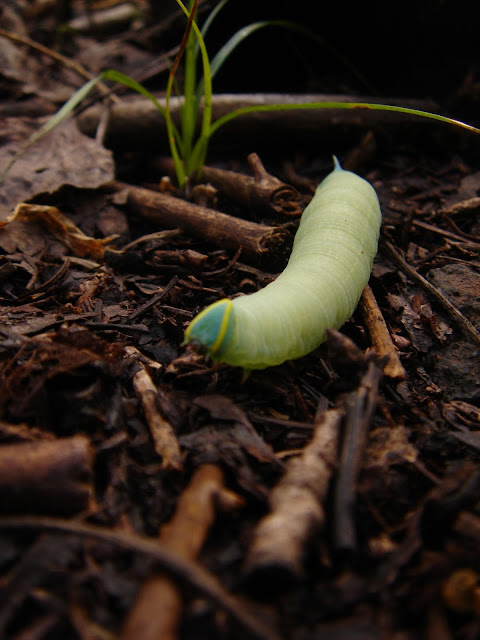 This little jelly tube told us a secret. He said that one side would make us grow taller ... and the other side would make us grow shorter. Juwels asked him what he was speaking about, and guess what he said? (the first three people to guess (comment) right will get a free candle : ) If you can't figure it out .. go ask Alice... 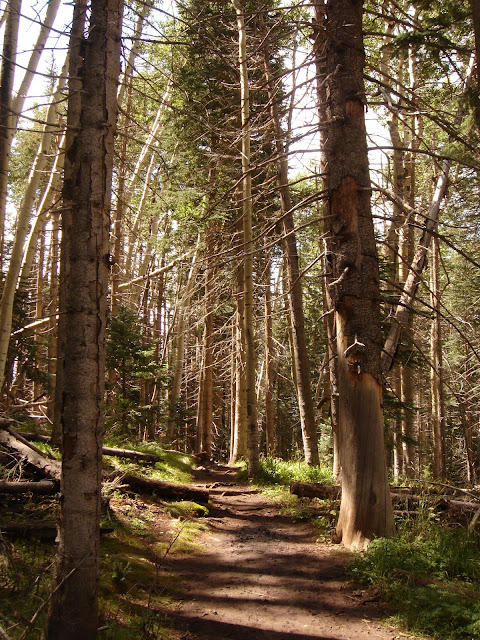 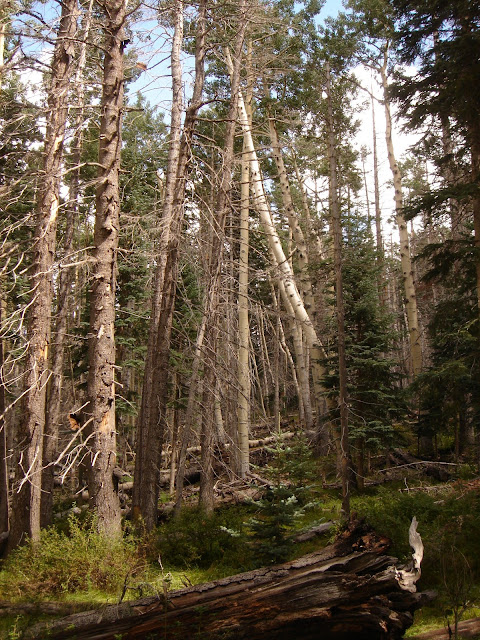 Most of Flagstaff is mainly covered in Ponderosa Pines, but after climbing 3000 feet above the town (a total of 10,000 feet above sea level), we felt like we were walking through the Christmas tree farm that time forgot. There were so many different types of pines and aspens and ferns. Like an enchanted forest from a dream, this was the perfect setting for our Easter egg hunt through Narnia. 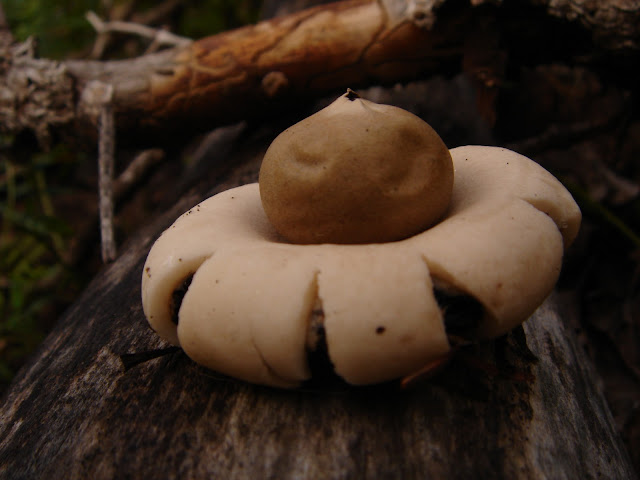 This one's called an Earth Star mushroom. Not for the frying pan, but it's a pretty little pastry isn't it ;) 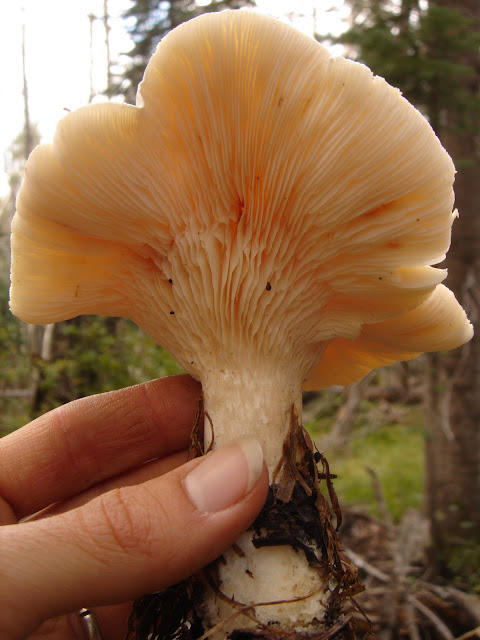 White Chanterelle anyone ?? These babies aren't cheap - but we were given a pick-one-get-one-free special from a dear with a bright red nose. Not sure what this one's called, but it looks like the tree stump was chewing hot pink Bubble Yum ... 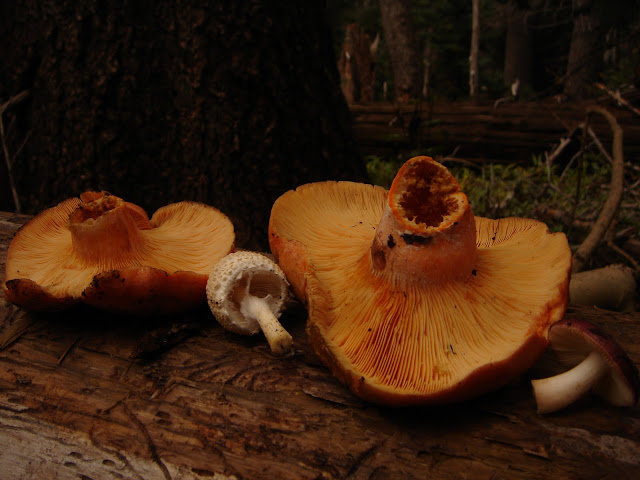 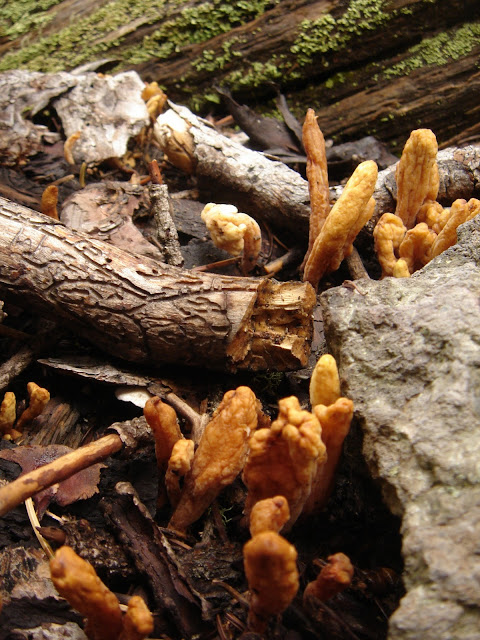 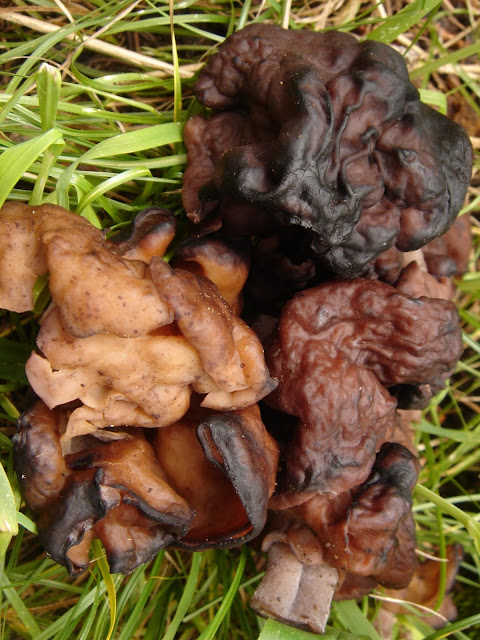 I'll spare you the analogy on what I think this one looks like ; ) 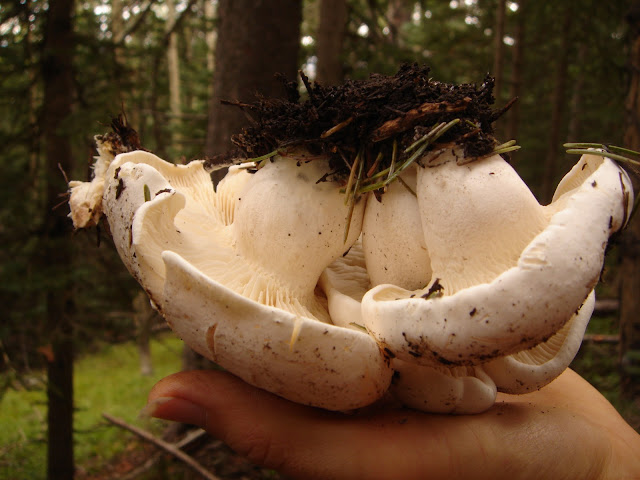 Looks nice, but after reading an obscure passage about something called "White Death" we respectively shied away from these great big wedding bells. 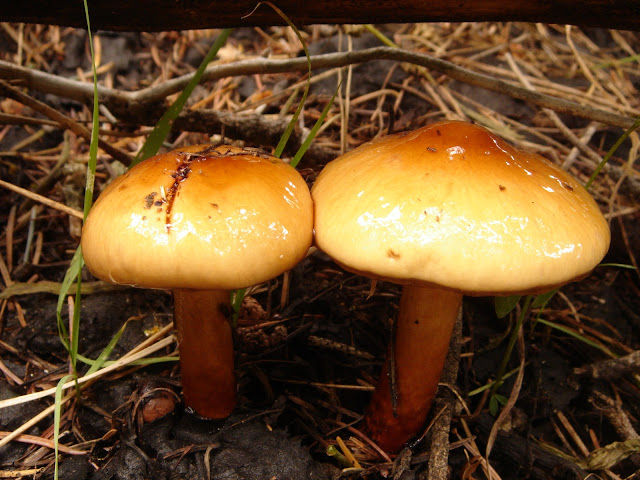 Slimy Jims : ) I found these way off the beaten path. "Look," Juwels said, "they're like me and you!" 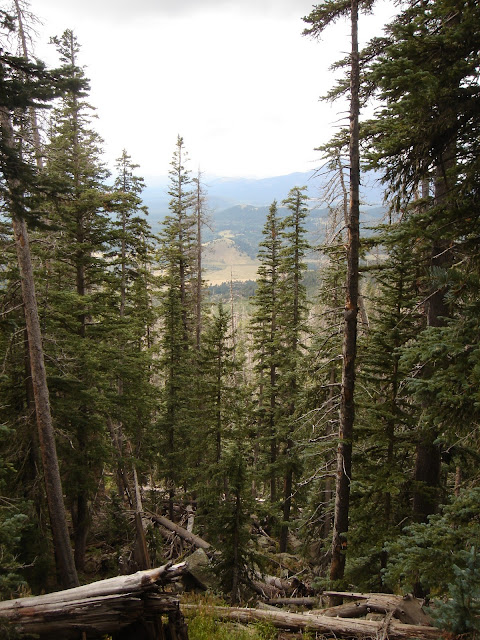 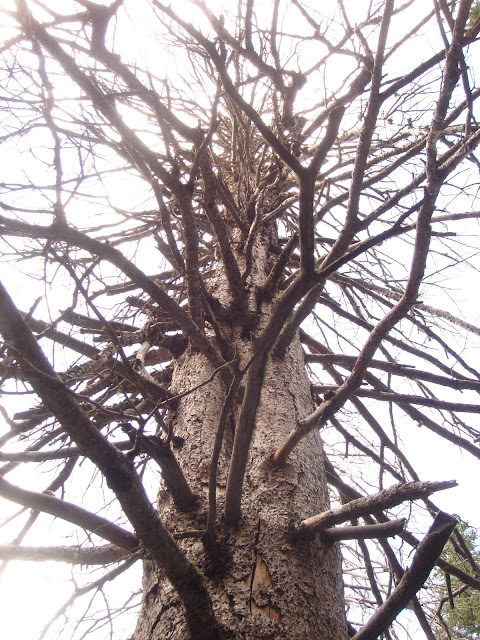 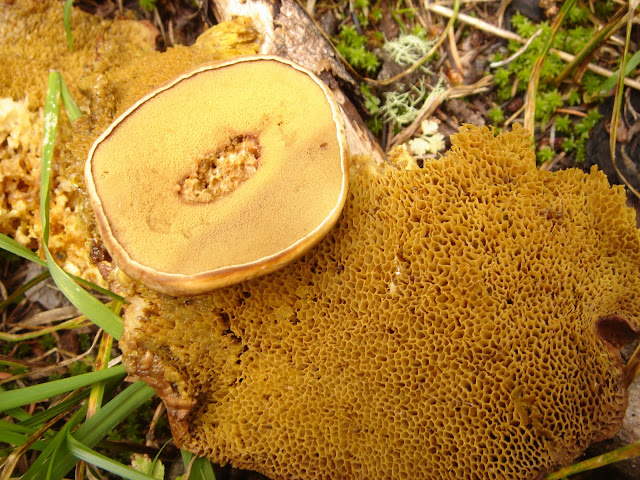 This was the momma we were all looking for, the King Bolete. This is the Golden Egg, and after cooking it up that night, we all knew why. Rich and nutty meaty goodness! 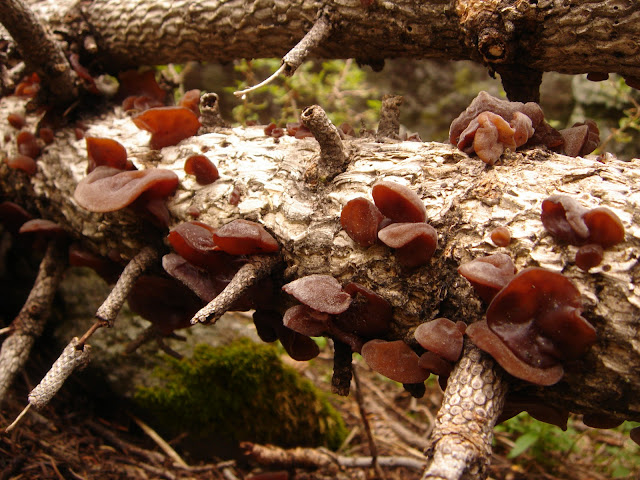 I thought these looked like little wagging tongues (neener neener neeeener) or pig ears ... but I was wrong, they're actually called Witch's Butter. MmmMmmmmm .. Goes great with eye of Newt ; ) 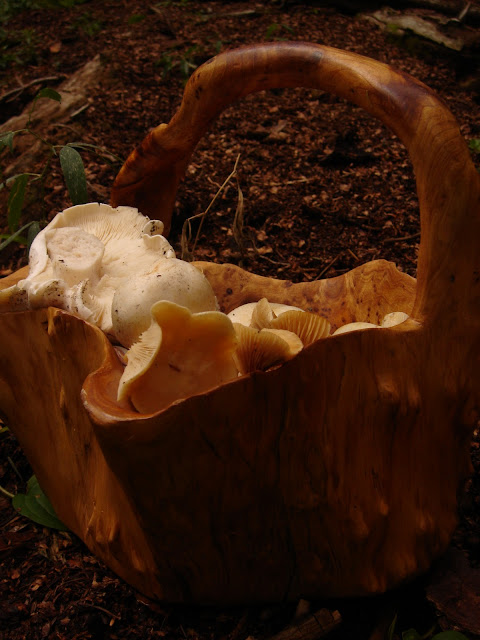 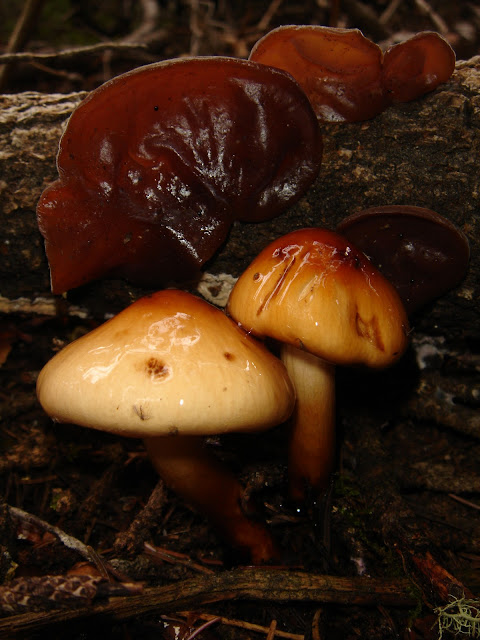 Juwels and I only took home the ones we knew for sure were safe, but some of the more adventurous hunters (Juwels' little sis, Rosie, and her roommate) took the rest of them home and did the nibble-and-wait test on everything else. It's a long process of nibbling off a tiny piece, holding it in your mouth for a second and then quickly spitting it out. No blue lips of swollen tongue? Repeat with a larger piece and and masticate longer. After courting a foreign mushroom for long enough without turning into a giant .. or an ant, you are safe to toss it in the olive oil and sprinkle a little salt. Better them than me ... 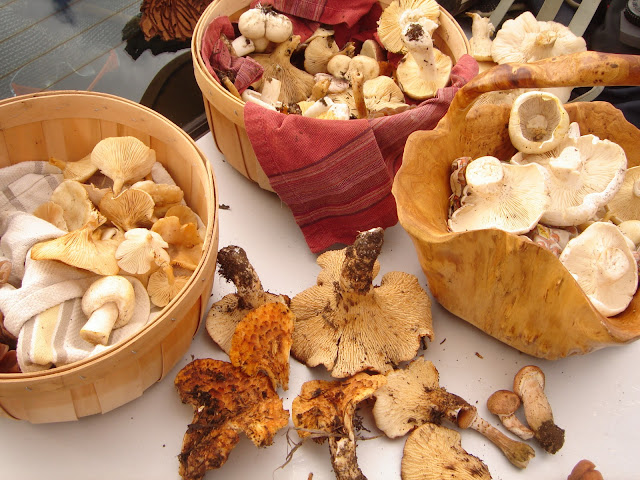 Here's our smorgasbord - creeping off the trail amongst the soggy tree stumps and shady ferns brought on a mixed feeling of being 7 years old and hunting for Easter eggs combined with the urge to crawl around on all fours and scratch at the soil ... is that weird? ?? 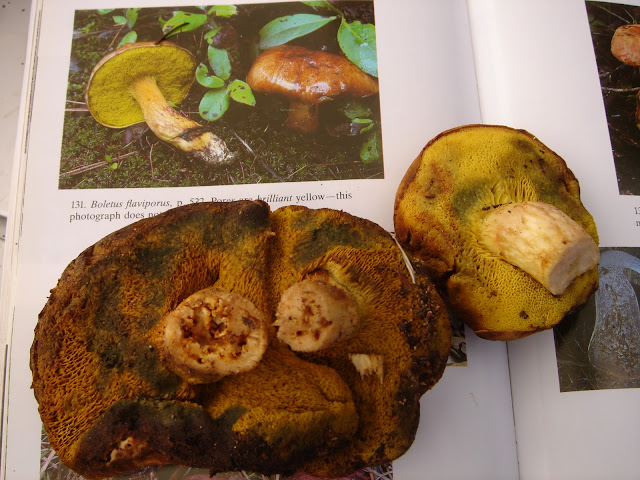