{ Juwels and her Concrete Wave }

I've been coaxing Juwels to write a blog post about her skateboarding, but she's been dodging the subject on account of her kitty cat ego ... or lack thereof. "I feel weird ... talking about myself." She's like a chef who bakes a cake and then hides it under the table : )

So I finally got her to at least put together a folder of some skate pictures from her industry travels around the States, Hawaii, Europe ... just a little look at her pool sessions and half pipe drop-ins. I started to interview her (secretly) the other night, but when she got wind of my methodical questioning, she said, "I don't want to do an interview ... my interviews always come out awkward." 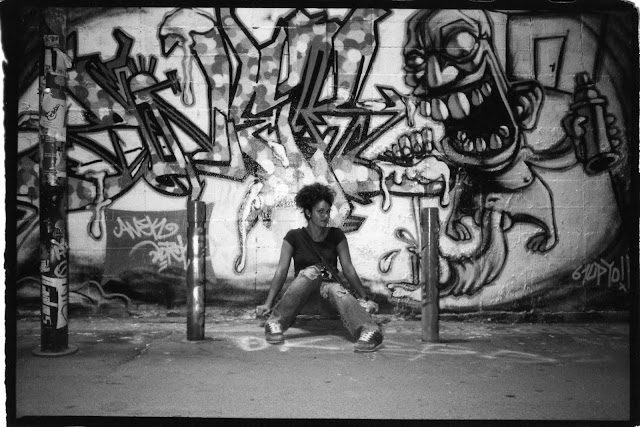 Barcelona Spain is cloaked with preeminent graffiti art. Juwels used to spray paint stenciled sesquipedalians like 'indefatigability' on the walls in these urban galleries.

At seven or eight years old she was gifted a free skateboard from her next door neighbor. It wasn't even made out of wood, rather it was a one of those narrow plastic boards that never ride straight. Rooted in the woods of Massachusetts, in a town so small they don't even have a stop light let alone a high school, she learned to stand up and ride.

With a summer house on a lake and snow in the mountains, she gravitated towards anything that took place on a board at extreme speeds. She taught snowboarding lessons, jumped the wake behind speed boats, and when her friend built a wooden mini ramp in their backyard, she learned to ride the slopes of transition. She dreamed of moving to California, and one month before her 18th birthday, skipping prom and her high school graduation ceremony, she was off. "Just mail me my diploma." 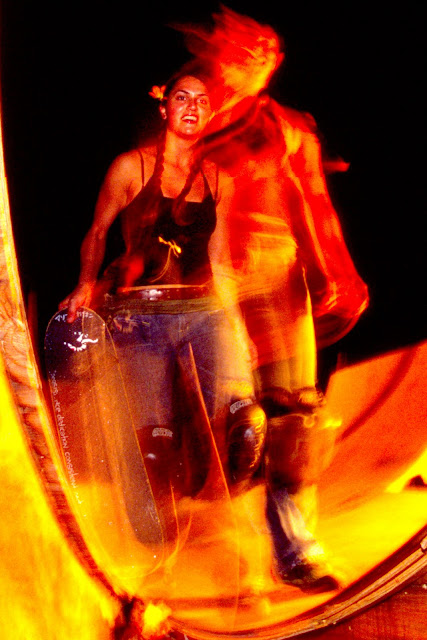 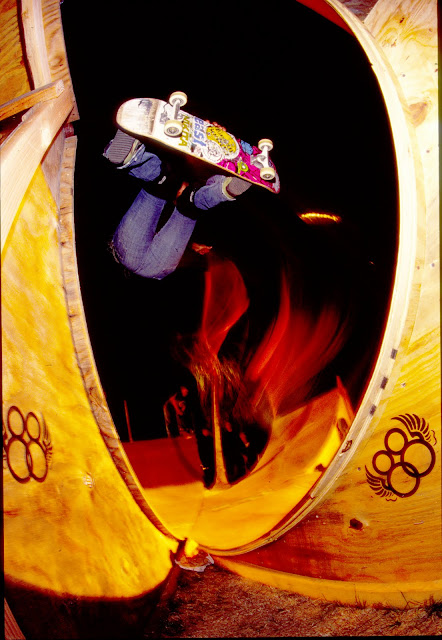 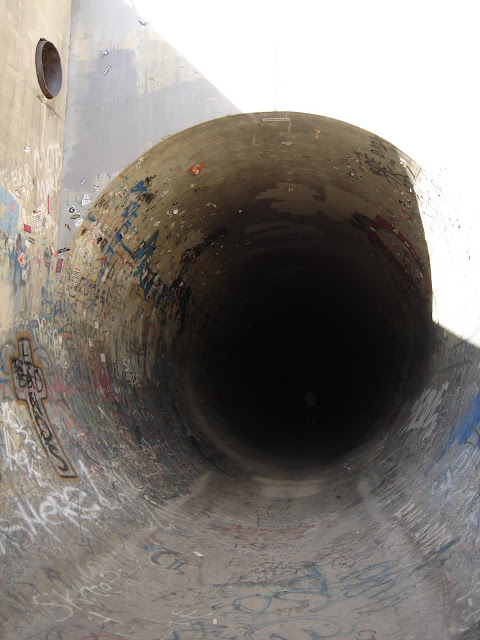 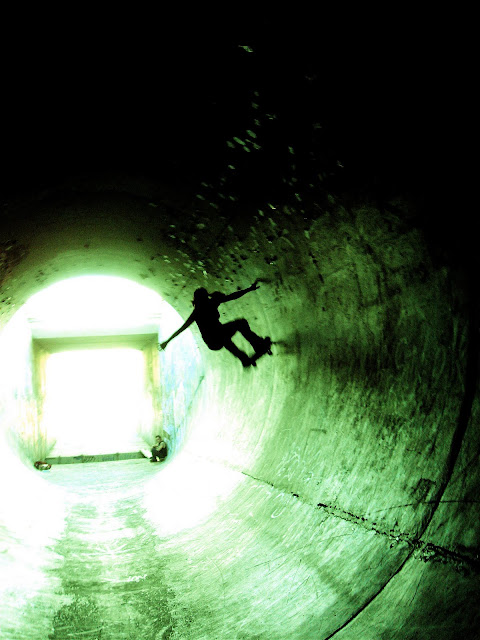 Living in southern California was a dream come true. After only one year of skating a mini ramp under her belt, Juwels learned to surf concrete on her beloved stunt-stick. She quickly fell in love with the abundance of flowing skate parks and empty swimming pools. 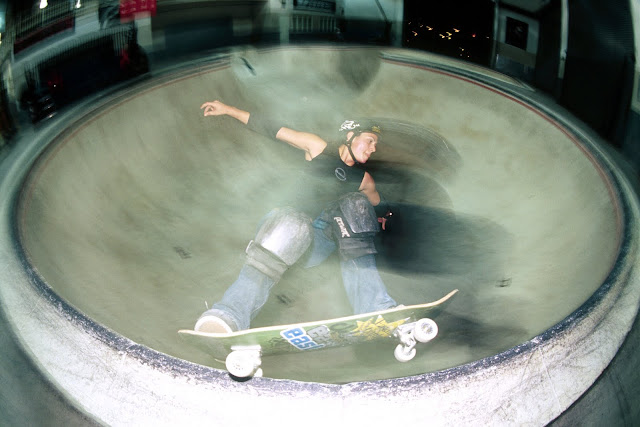 One of the most difficult parts of skateboarding for most people is putting one's body in positions that don't really make any sense. Take this picture for example, she's twelve feet off the ground with her feet flat against a wall and her body near horizontal. It scares me to watch her skate sometimes ... even though I dropped 14 feet off a semi truck trailer on my skateboard and took my fare share of risks, I'm a peter pan, and Juwels can be a falling angle. She's so easily excitable that some times she thinks she can fly. "When I was a little kid, and I used to have flying dreams, in the dream I would sprinkle a little sugar under my belt, and that would make it so I could fly : )" 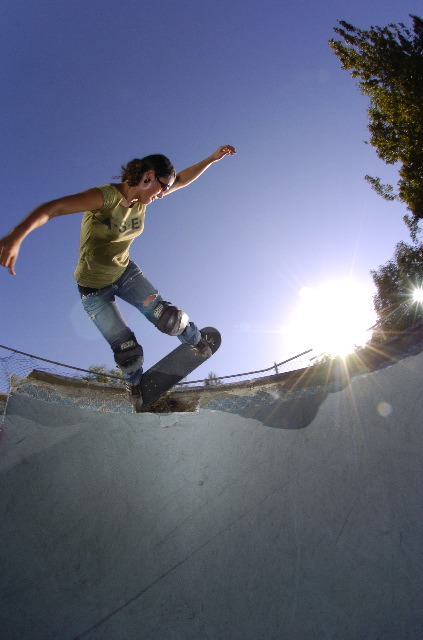 Skateboarding's a roller coaster without a safety bar - just ask Juwels who dove head first into an empty swimming pool straight to her front teeth. Well ... it wasn't as deliberate as a dive, in fact, it was another skateboarder who decided to drop into the bowl during Juwels' run, and like a shark strike from below, the girl swept her feet out eight feet above on the vert, and before she even knew what hit her she slammed face first into the concrete and smashed her two front teeth out. OUCH. Definitely Juwels most excruciating (not to mention, down right embarrassing) injury.

With no insurance, she ended up at the emergency dental clinic to have her exposed nerves removed. The dentist wasn't even supposed to do any cosmetic work for her, but out of pity he puttied some 'very temporary' composites onto the jagged stumps. She said her teeth looked like Chiclets and she like a rabbit  when he spun the mirror around, so they filed them down, and life rolled on. That was nine years ago, and hopefully her two front teeth are on the all-I-want-for-Christmas list for the last time this year. With the buzz around our beeswax, we just might be able to check some of the many vital 'to do's' off our list. 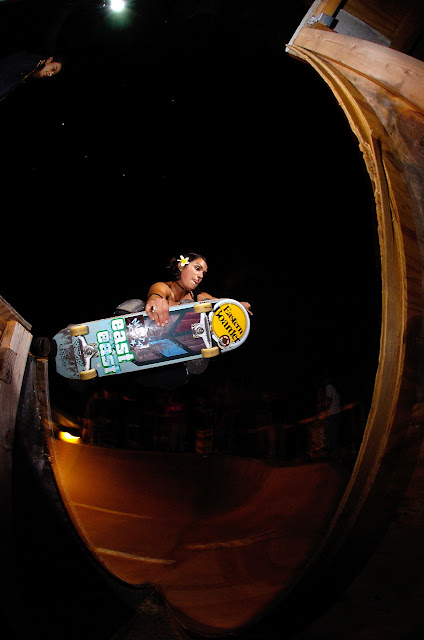 In the arena of female skateboarders (a small family in Southern California) a laughing humming bird like Juwels doesn't go unnoticed for long. Shortly after settling into Costa Mesa , CA from Shirley, Mass, Juwels found warmth and friendship within the skateboarding pipeline. Soon enough she was sponsored by Nikita Clothing, and received boxes of free product from Element Skateboards, Vestal, Dragonetti Wheels, and Eastern Boarder skate shop.

The Icelandic based clothing company, Nikita, even flew her to Croatia for a photo shoot. They followed the wind and hugged the coast in a sail boat along the Adriatic scouting for shoot locations and cliff diving. And eight months later, she was flown to Barcelona to teach at an all-girl skate camp. She sure had it good ... well ... till she met me, the antagonist : ) I showed up from Arizona with a dirty pickup truck and a manuscript tucked away in my backpack, and the rest is history .. and present.

(and we skate off into the sunset)

We'll bring you all a little more when we catch this tiger we've got by the tail. There are things going on right now that I don't even want to think about or utter aloud for fear of jinxing them. Life's a (choose-your-own) adventure, and it's a thriller when you start doubling down on the stakes.